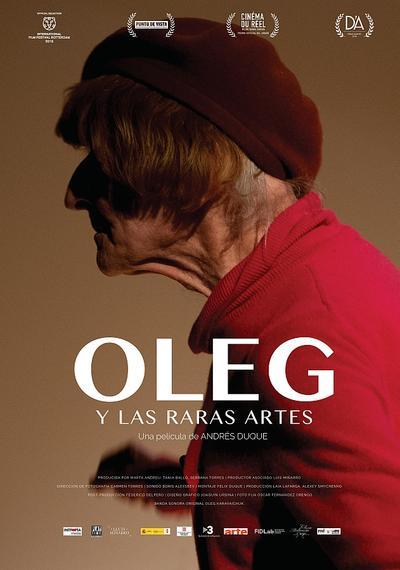 Several biographical facts: Oleg Nikolayevich Karavaychuk (1927) played the piano for Stalin as a child prodigy, attended the Leningrad Conservatory and in the course of his career primarily wrote music for theatre and film – for instance, for Paradjanov and Muratova. In Russia, he is admired for his music and his playing, but also for his unique and eccentric personality. At the age of 89, Karavaychuk is still a controversial and puzzling figure in Russian culture. Who is this man, who looks as if he stepped out of a story by Gogol?
The beautiful film that the young Andrés Duque made about him is a gift to the viewer, a gift from an old artist who wants to be reconciled with the world and who transports us away from reality with words, gestures and piano playing, free of social conventions, to a world where clashing dissonants have a liberating beauty. – IFFR END_OF_DOCUMENT_TOKEN_TO_BE_REPLACED