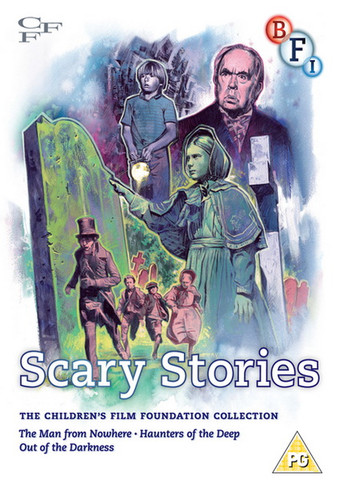 “Haunters of the Deep” takes us to Cornwall with a tale of a haunted mine. The American CEO of Aminco Mining Corp. wants to re-open the tin-rich Strangles Head Mine, despite the dire warnings of old local miner Captain Tregellis (Andrew Keir, who himself started his working life in a mine at the age of 14) whose childhood friend had lost his life there many years before. Warnings are ignored (there’s local employment to think of too) and its is up to Josh, whose older brother has taken a job in the mine, and Becky, the CEO’s daughter, to set aside their initial animosity and bring about a rescue when the mine walls begin to let in the sea. With its Cornish coastal setting and elements of the supernatural – Spriggans and Jack o’Lanterns and the ghost of young miner lost decades before – “Haunters of the Deep” makes effective use of its distinct local setting. END_OF_DOCUMENT_TOKEN_TO_BE_REPLACED