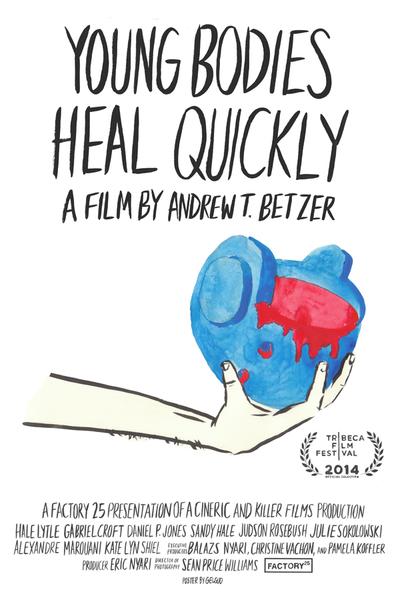 Quote:
Young Bodies Heal Quickly, Andrew T. Betzer’s first feature after a storied career as a short film-maker, is about as personal as a narrative fiction can get: Betzer wrote, directed, produced, edited and even color-graded the film. But in this case, “personal” doesn’t mean a regurgitation of the filmmaker’s latest breakup or childhood ups and downs. It means a highly idiosyncratic take on storytelling, in which the viewer is thrown in the deep end from the enigmatic first shot and carried along by the hurtling young bodies of two brothers who do a bad thing and have to get out of town fast. Set in godforsaken parts of Maryland and structured as a picaresque road film in five main episodes, Young Bodies Heal Quickly is as unpredictable as the boys’ off-the-grid father yet crystal clear in its intent to present an unflinching exploration of masculinity and the transmission of violence. If there is anything else out there like it, I haven’t seen it. END_OF_DOCUMENT_TOKEN_TO_BE_REPLACED