Quote:
-La pierre de l’attente (1991) about a girl who meets his future husband in a boat people camp. They later establish in France (Paris 13eme arrondissement, “our” Chinatown !), have a kid…but their serenity is broken when the man discovers a terrible secret… based on an old vietnamese tale…but I won’t describe it as it’ll spoil the film … and the secret mentionned END_OF_DOCUMENT_TOKEN_TO_BE_REPLACED

Quote:
this one was the mandatory project every cinema student has to make at the end of his studies. Also based on a vietnamese tale , image seems to be transfered from a videotape, not fantastic quality, but I presume you’ll never see it in better form…
Anyway, it’s also the first apparition of the incredibly beautiful Yen-Khe Luguern …a few years before she married Tran Anh Hung… that’s enough for me END_OF_DOCUMENT_TOKEN_TO_BE_REPLACED

Quote:
Ex-Los Angeles cop turned private eye Kline travels to Hong Kong in search of Shitao, the missing son of a powerful pharmaceutical conglomerate boss. Enlisting Meng Zi a friend and a former colleague now working for the Hong Kong Police, Kline follows a faint trail left by the ethereal Shitao. The path leads to local gangster Su Dongpo and his beautiful, drug addicted girlfriend Lili. But Kline is distracted from his search, haunted by memories of the serial killer Hasford whose ‘body of work’ was the reason Kline quit the police force. Will Kline once again need to lose his mind to find his latest quarry? END_OF_DOCUMENT_TOKEN_TO_BE_REPLACED

Quote:
With the brilliant Vietnamese summer as a setting Vertical Ray of the Sun is beautiful from beginning to end. The plot centres around three sisters, two of whom are happily married (or so it appears). The youngest sister is single and living with her cute older brother, whom she is desperately in love with. A second sister is married to a man who has another woman and child elsewhere whom he loves just as much as his wife -with a few conditions, she agrees to carry on with the marriage. The third sister and her husband are overjoyed to discover she is pregnant, and though he is tempted, her husband remains loyal to her. Charming, slow-paced, face value, family saga film. END_OF_DOCUMENT_TOKEN_TO_BE_REPLACED

Quote:
Eating, sleeping, and staying clean…Life’s most basic concerns. Yet they take on a transcendent quality in this visually delicious film, known in French as L’odeur de la Papaye Verte, and in Vietnamese as Mui Du Du Xanh. With only the barest minimum of dialogue, The Scent of Green Papaya tells the 1940’s story of a young orphan girl named Mui, who goes to work as a domestic servant in the troubled household of a Saigon merchant family. Under the mentorship of the family’s elderly housekeeper, Mui is a quick study in becoming adept at her daily duties, which she performs with diligence and grace. Early on, she learns that the family has lost a daughter named Tó, who would have been just about Mui’s age, and over time, the mother’s affection for her grows, and Mui becomes like a daughter herself. END_OF_DOCUMENT_TOKEN_TO_BE_REPLACED 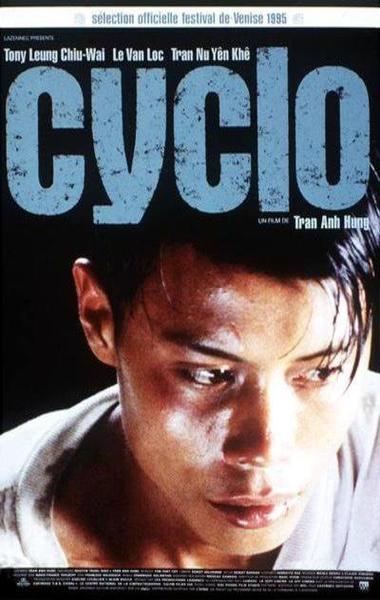