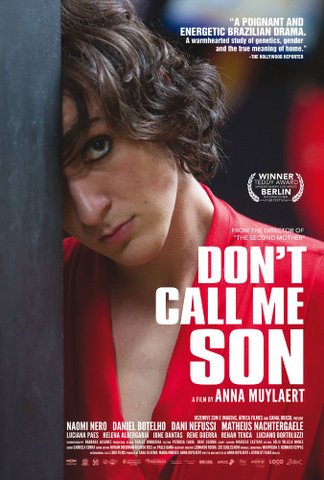 Quote:
Most films—especially taut, lower-budgeted indies—choose one theme or dramatic premise and run with it. Others cross-wire two potent and ostensibly unrelated ideas and bask in the sparks they generate.

The terrifically assured and engrossing Brazilian film “Don’t Call Me Son” is a great example of the latter breed. On the one hand, writer/director Anna Muylaert invites us to contemplate the fluidity of adolescent gender identity via the story of teenage boy who’s testing boundaries by drifting provocatively between male and female appearances. (If this sounds like a topic for a Gender Studies class, fear not: the film is a drama, not a lecture.) On the other hand, Muylaert also probes how much of who we are comes from family, since, additionally, her tale concerns kids who were removed from their biological parents at birth. END_OF_DOCUMENT_TOKEN_TO_BE_REPLACED