Anton Vidokle – The Communist Revolution Was Caused by the Sun (2015)

Quote:
The Communist Revolution Was Caused By The Sun is the second film of Anton Vidokle’s trilogy on Russian cosmism, a metaphysical philosophy and cultural movement that emerged in the late 19th and early 20th centuries among Russian scientists, intellectuals, artists, and revolutionaries, which speculated on the possibilities of space travel; the use of electromagnetic energies to enhance health, healing, and vitality; and prolonged human lifespan, immortality, and even resurrection. This film focuses specifically on the poetic dimension of the theories of Soviet biophysicist, Alexander Chizhevsky (1897-1964), whose lifework involved the study of the effects of aero-ionization and cosmological fluctuations such as sunspots and solar flares on human health and behaviour. END_OF_DOCUMENT_TOKEN_TO_BE_REPLACED

This is Cosmos is the first film in a trilogy inspired by the ideas of Russian cosmism, which is a unique phenomenon that emerged in the late 19th century, bringing together religious, philosophical, scientific and aesthetic theories united by a common idea of cosmos as a universal order.

Drawing widely on poems, philosophical texts, scientific writings, academic papers, and historical studies from followers of Cosmism, Anton Vidokle has focused on the writings of philosopher Nikolai Fyodorov, the founder of the movement. In creating his theories of the “Common Cause,” Fyodorov advocated for the development of scientific methods for the radical extension of life and the resurrection of the dead, believing that death was a mistake, “because the energy of cosmos is indestructible, because true religion is a cult of ancestors, because true social equality is immortality for all.” END_OF_DOCUMENT_TOKEN_TO_BE_REPLACED 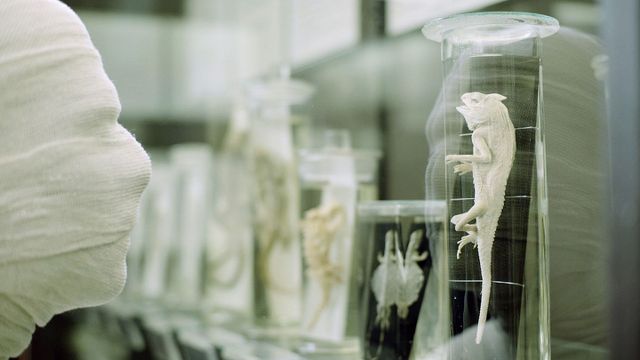 Quote:
Today the Russian philosophy known as Cosmism has been largely forgotten. Its utopian tenets – combining Western Enlightenment with Eastern philosophy, Russian Orthodox traditions with Marxism – inspired many key Soviet thinkers until they fell victim to Stalinist repression. In his three-part film project, artist Anton Vidokle probes Cosmism’s influence on the twentieth century and suggests its relevance to the present day. In Part One he returns to the foundations of Cosmist thought (This Is Cosmos, 2014). Part Two explores the links between cosmology and politics (The Communist Revolution Was Caused By The Sun, 2015) and Part Three restages the museum as a site of resurrection, a central Cosmist idea (Immortality and Resurrection for All!, 2017). END_OF_DOCUMENT_TOKEN_TO_BE_REPLACED