A ghost called Vita Frun (the white lady) is blamed for several strange deaths that occur at a country manor. Detective Hillman is contacted to resolve the case. END_OF_DOCUMENT_TOKEN_TO_BE_REPLACED

Synopsis:
Student Göran is vacationing on his uncle’s farm. On the first day he meets the 17-year old Kerstin, who lives on a farm nearby. The young people in the area are trying to organize a youth club. The priest refuses to help them but Göran’s uncle let them use an old barn of his. Göran and Kerstin fall in love with each other, but neither Kerstin’s relatives or Göran’s father gives their consent to the relationship. END_OF_DOCUMENT_TOKEN_TO_BE_REPLACED

Arne Mattsson – Mannekäng i rött AKA Mannequin In Red (1958) 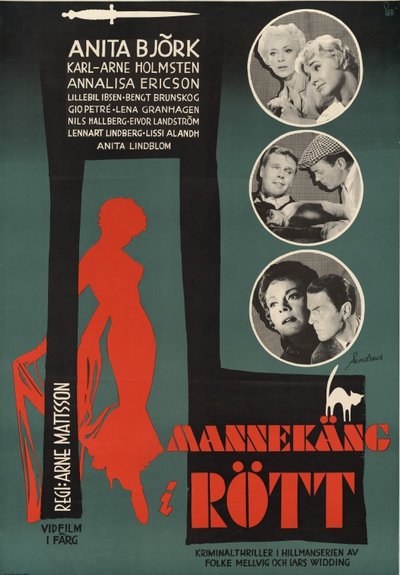 Plot Synopsis
Just wrapping up a previous investigation, the PI:s John and Kajsa Hillman stumbles upon a dead body in a famous fashion house. Kajsa Hillman takes employment as a model and discovers that several people had motives to kill the model who was a blackmailer. The murderer continues to kill people to cover up the tracks… END_OF_DOCUMENT_TOKEN_TO_BE_REPLACED 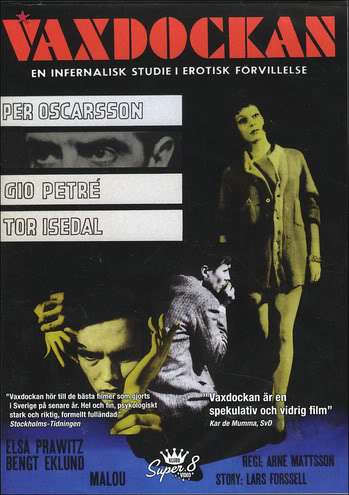 summary
A night watchman (Per Oscarsson) in Stockholm interrupts a burglary and finds a mannequin that he takes home; in his mind, it’s a beautiful and very much alive woman. Director Arne Mattsson knows how to use the shadows of black-and-white cinematography to chilling effect; that along with Oscarsson’s performance elevate this psychological look at loneliness and mental illness. The star must have studied Anthony Perkins in Psycho (1960); he looks like him and plays his character in a similar fashion. Behind the youthful façade lies insanity. Gio Petré is credible in the transition between doll and human. ~ Movie Hamlet. END_OF_DOCUMENT_TOKEN_TO_BE_REPLACED