Azazel Jacobs – The GoodTimesKid aka The Good Times Kid (2005) 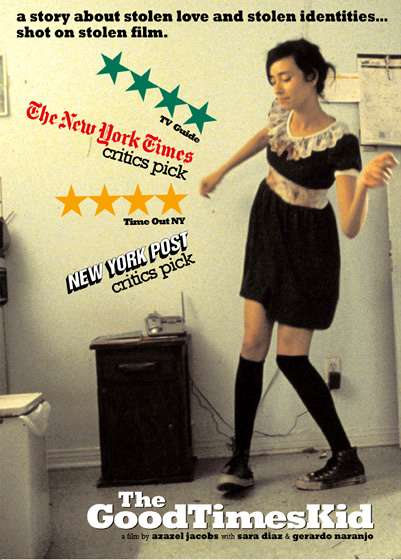 Hot-tempered Echo Park slacker Rodolfo Cano (Jacobs) enlists in the army to escape a meaningless existence with his free-spirited girlfriend Diaz (Diaz). When his call-for-service letter somehow winds up in the hands of another Rodolfo Cano (Gerardo Naranjo, director of Drama/Mex and I’m Gonna Explode), a quietly dignified loner who lives on a sailboat, their three lives intersect in odd and beautifully unexpected ways. Evoking the inventive gags of Chaplin and Jacques Tati, plus the deadpan minimalism of Kaurismäki and Jarmusch, The GoodTimesKid “finds poetry in wordless scenes of observation” (The New York Times). END_OF_DOCUMENT_TOKEN_TO_BE_REPLACED