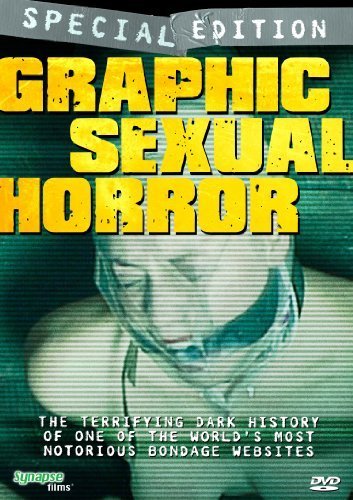 Description:
The phrase “Graphic Sexual Horror” actually derives from the all-caps warning that would greet visitors at the threshold to the “Insex.Com” Web site during its heyday roughly a decade ago. But one can’t be blamed for thinking that the title pairs well with the somewhat sensationalistic marketing. The fact that this is a documentary is never concealed, but that doesn’t really diminish the lurid appeal – in fact, the promise that everything is real only adds to the titillation.

Of course that’s the same lure of realism that attracted some 35,000 subscribers to Brent “PD” Scott’s unique BDSM online community and interactive gallery. Shooting on stark sets sporting a rundown, industrial look and featuring a grim, deadpan aesthetic that gave some the impression that PD “really had captured the girls,” the Insex team specialized in creative live feed sessions that allowed customers to provide real-time input and feedback. The young models would frequently plead for mercy from all sorts of gnarly acts of sadism, but per S/M protocol there was always a “safe word” in reserve that they could invoke if things became too unbearable. END_OF_DOCUMENT_TOKEN_TO_BE_REPLACED