Hungarian director Benedek Fliegauf makes his feature-length debut with Rengeteg (Forest). Shot on digital video, the episodic film is composed of a series of seven different intimate parts bookended by footage of the same people in a large public space. These characters aren’t given an introduction, context, or even character names. Cinematographer Zoltan Lovasi shoots the ensemble cast of non-actors exclusively in close-ups, so the larger situation is never made completely clear. Each segment involves a small group of people in some kind of intense and possibly disturbing conversation. ~ Andrea LeVasseur, All Movie Guide END_OF_DOCUMENT_TOKEN_TO_BE_REPLACED

Quote:
Though Milky Way is perhaps Fliegauf’s most experimental film yet, it’s always accessible and mesmerisingly beautiful. It consists of ten lengthy landscape shots filmed with a static Scope camera, most of them featuring subtly modulated sound and human figures engaged in what initially appear to be strange, arcane rituals. There’s no overall plot – though the painterly scenes proceed from night through various exquisitely captured daylight hues and back to night again – but each vignette suggests some sort of small, mysterious narrative, be it suspenseful, sad or (as if often the case) drily funny. END_OF_DOCUMENT_TOKEN_TO_BE_REPLACED 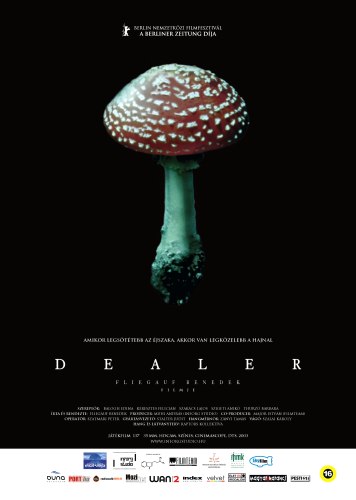