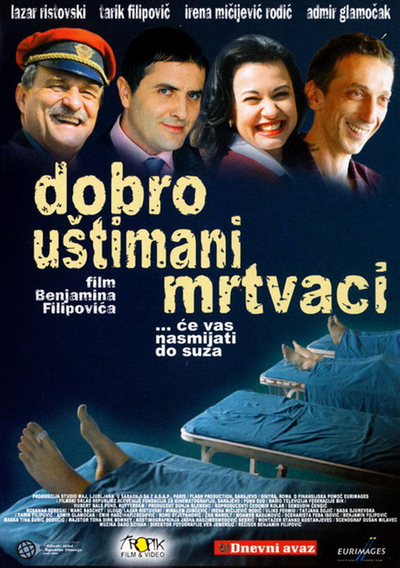 Quote:
Two cynical workers in a hospital morgue (Boro Stjepanovic, Zan Marolt) make bets on how many bodies will turn up by a certain time. When three corpses are suddenly wheeled in after a horrific accident involving a plane, a car and a suicide jumper, joining a forth cadaver who suddenly dropped dead in a government lobby, one coroner appears to have won the bet. But death holds many surprises. END_OF_DOCUMENT_TOKEN_TO_BE_REPLACED