Synopsis:
This Spanish/French film presents a loving ode to a woman’s breasts and the three men who love them. The fairy tale is told from the viewpoint of 9-year old Tete, who jealous of his new brother’s access to his mother’s breasts, implores the moon to give him a nurturing breast of his own. French cabaret performers Estrellita, the Queen of Stuttgart, and her jealous husband Maurice, come to town with their surprisingly vulgar act. When Tete sees Estrellita, he knows his wish has been granted. Trailer-park electrician Miquel is also very attracted to Estrellita’s charming chest and begins serenade her. Tete gets to sample her charms after he brings her a frog. END_OF_DOCUMENT_TOKEN_TO_BE_REPLACED

Quote:
Directed by acclaimed Spanish filmmaker Jose Juan Bigas Luna, HUEVOS DE ORO (GOLDEN BALLS) stars Javier Bardem in his breakthrough role (for which he also received a Goya Award nomination). In this satire of Latin machismo and the excesses of the 1980s, Bardem plays Benito Gonzalez, who dreams of building a mighty skyscraper and thereby securing fame and wealth for himself. His main advantages are his uncontrollable self-assurance and skills as a lothario. He marries the daughter of a rich banker while keeping a mistress on the side, but his betrayal of both women begin to destroy his plans for the building as well as his chauvinist self-confidence. Bigas Luna brings his trademarks–an honest exploration of sexuality and surrealistic imagery–to this tale of male egotism and its undoing. END_OF_DOCUMENT_TOKEN_TO_BE_REPLACED

Quote:
Never one to shy away from touchy subject matter, Bigas Luna seems determined to become to Spain what Russ Meyer is to America and Tinto Brass is to Italy. One of his most explicit works to date, The Ages of Lulu (Les edades de Lulú) begins like a fairly standard knockoff of 9 1/2 Weeks but swerves into far more dangerous waters that could only be explored in Europe. Sweet little Lulu (Live Flesh’s Francesca Neri) discovers her sexual awakening at the hands of older, self-absorbed Pablo (Óscar Ladoire), who makes her acquaintance by shaving her nether regions (“…so you’ll look prettier”). END_OF_DOCUMENT_TOKEN_TO_BE_REPLACED

Quote:
Dreams of fame take Diana from Madrid to Hollywood. She seems to be on the right path when a powerful agent notices her, but he only wants someone for a sham marriage with a secretly gay star. END_OF_DOCUMENT_TOKEN_TO_BE_REPLACED

Quote:
A brother and sister live together in a relationship which is unhealthily close, and has overtones of incest. The unpleasant couple are involved in other deranged and disgusting activities as well, including feeding raw meat (possibly from live puppies) to their pet poodle. END_OF_DOCUMENT_TOKEN_TO_BE_REPLACED 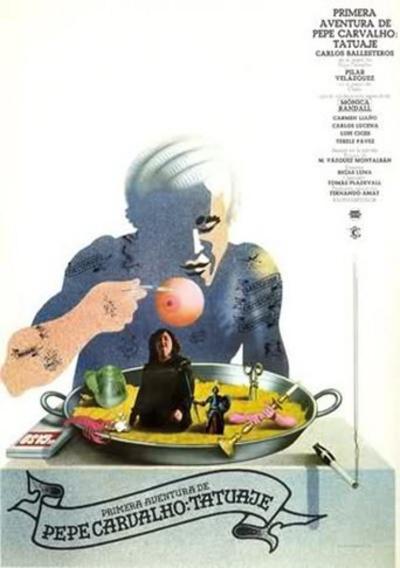 Summary from filmaffinity:
On a beach in Barcelona, the body of a young man is discovered. His face eaten by fish, tattooed on his arm is the phrase: “I was born to revolutionize hell”. So begins a strange enigma. To start with, a name, an identity for this dead man must be found. This is the task facing Pepe Carvalho, Galician detective, former CIA agent and professional skeptic, none of which prevents him from enjoying and savoring the pleasures of good food and good sex. In the underworld of Barcelona and in the streets and canals of Amsterdam. Carvalho is soon coming up with some answers. END_OF_DOCUMENT_TOKEN_TO_BE_REPLACED 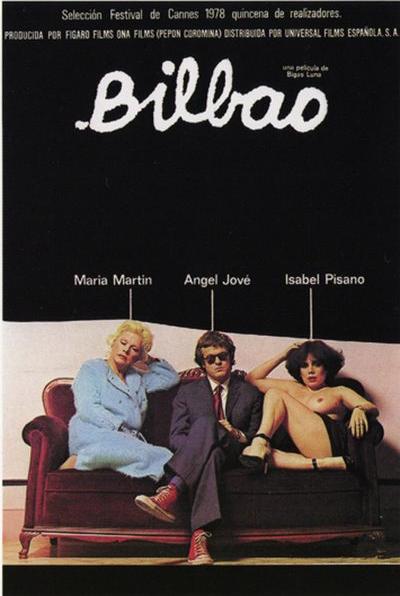