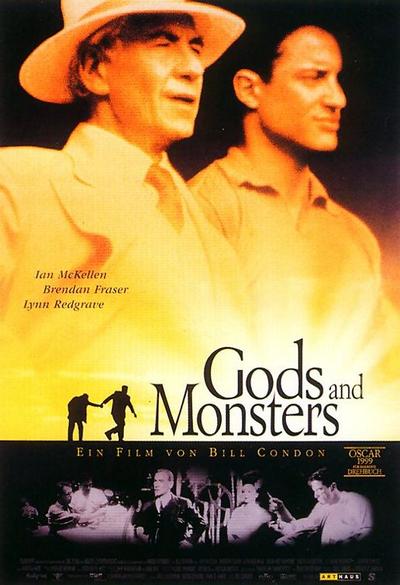 Set in 1957, James Whale, the director of Show Boat (1936), The Invisible Man (1933), Frankenstein (1931), and Bride of Frankenstein (1935), had long since stepped back from the glamor and glitz of Hollywood. A stroke triggers once buried flashes of memory of his life in Dudley, his film career, and, most influentially, the trenches during the Great War. Haunted and lonely, he recounts many of his experiences to his musclebound gardener, Clay Boone. Despite the divide that exists between them, their friendship develops. END_OF_DOCUMENT_TOKEN_TO_BE_REPLACED