There’s a symphonic rhythm to the aptly-titled Bolivian film “The Great Movement” (“El Gran Movimiento”). Kiro Russo’s portrait of La Paz is driven more by sensory cues than by any steady sense of narrative. Ostensibly following a trio of miners who arrive at the sprawling, Andean capital city with the hopes of getting jobs, “The Great Movement” emerges instead as a dissection of this highest of Latin American urban jungles. END_OF_DOCUMENT_TOKEN_TO_BE_REPLACED

Quote:
Elder Mamani’s immaturity and recklessness make him a liability as a Huanuni tin mine, where he’s filled his recently deceased father’s job. Elder spirals further out of control until his fellow workers petition to have him removed. END_OF_DOCUMENT_TOKEN_TO_BE_REPLACED 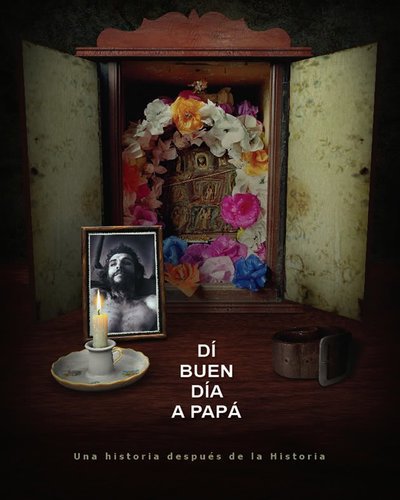 Quote:
This interesting and colorful film has been unseeded for more than five years and deserves an upgrade IMnHO. A Bolivia-Cuba-Argentina coproduction with Ibermedia help and several film institutions, it was the Official submission of Bolivia for the ‘Best Foreign Language Film’ category of the 78th Academy Awards in 2006… not that it matters that much. END_OF_DOCUMENT_TOKEN_TO_BE_REPLACED

The reaction of an indigenous community against a group of foreigners who under the guise of development assistance are forcibly sterilizing the peasant women. END_OF_DOCUMENT_TOKEN_TO_BE_REPLACED

The Bolivian fiction feature Yawar Mallku is one of the most famous examples of Latin American militant cinema. Like most Latin American militant films, this one was made on a modest budget in spite of major obstacles. Bolivia has no significant filmmaking traditions or facilities. Mules had to be used to transport the filmmakers and their equipment to a high and remote Indian community where parts of the film were shot. The Quechua-speaking Indians of this Andean community were initially hostile to the filmmakers until a coca-leaf divination ritual confirmed the filmmakers’ good intentions. END_OF_DOCUMENT_TOKEN_TO_BE_REPLACED