A retired tram driver tries to find his daughter named Ana whom he lost in WWII. END_OF_DOCUMENT_TOKEN_TO_BE_REPLACED

A charming romantic comedy/drama from early 1960s Yugoslavia. Ranka (Milena Dravić) secretly follows her boyfriend Mikajlo (Ljubiša Samardžić) from the village to a work action. She is accepted despite not being signed up, but Mikajlo soon leaves his peasant brigade to follow the pretty student Nada in her student brigade. Mikajlo’s attempts to seduce Nada are met with laughter, and in the meantime Ranka becomes more independent. For her role, Milena Dravić won the “Golden Arena” for best female performance at the Pula Film Festival. END_OF_DOCUMENT_TOKEN_TO_BE_REPLACED 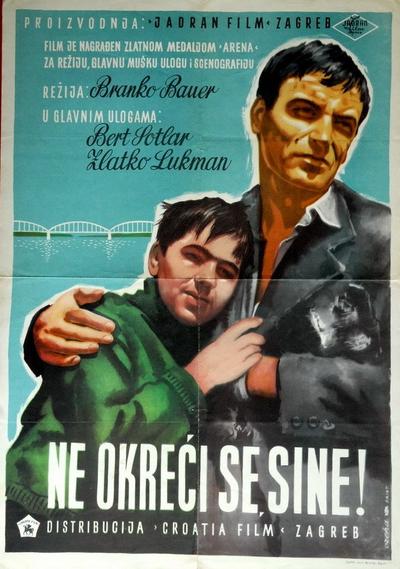 Plot:
A partisan comes secretly to town to find about what happened to his little son who barely remembers him. He is horrified when he finds out that his son is raised in a colaborators’ orphanage, brought up to hate and fight communists and partisans. He decides to take his son to the freed territory out of town…
END_OF_DOCUMENT_TOKEN_TO_BE_REPLACED