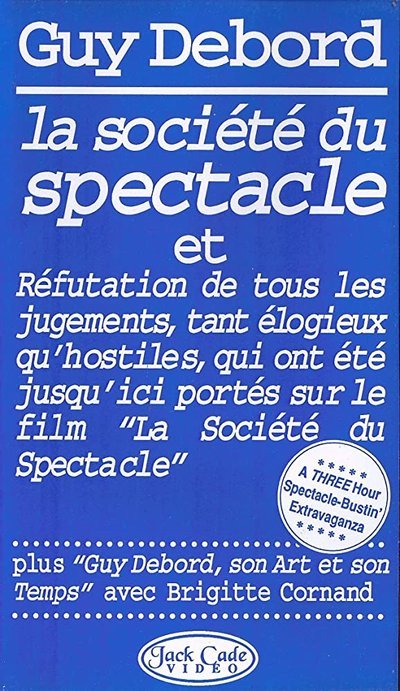 Except for a few brief evocations of Debord’s “art” during the first ten minutes or so, most of this “antitelevisual” video consists of television clips illustrating the extreme degradation and delirium of the present society. It’s a powerful denunciation, but not so deft and subtle as Debord’s films, perhaps because it was made during the worsening stages of his final illness. Presumably intended as a parting shot at the society he detested, it was completed shortly before his death in November 1994 and shown January 9, 1995, on a French cable channel along with La Société du Spectacle and Réfutation de tous les jugements (whence the video copies that have since circulated). END_OF_DOCUMENT_TOKEN_TO_BE_REPLACED