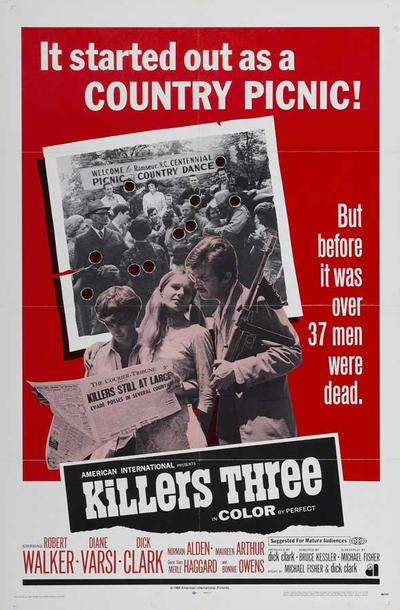 allmovie.com wrote:
Three friends from a small North Carolina town face bleak economic futures in the years following World War II. Johnny (Robert Walker Jr) takes to running moonshine after his discharge from military service. He tries to think of a way for a better life for wife Carol (Diane Varsi) and their young son. Johnny and Carol hook up with Roger (Dick Clark), an ex-army demolitions expert. They plan to blow up the safe of a bootlegger, steal $200,000 and head off for a new life in sunny California. Their plans are thwarted when Roger uses too many explosives and the noise draws the attention of a Federal agent. Johnny kills the agent in this backwoods crime drama. Merle Haggard has a bit part and sings a few songs with the help of his band The Strangers. Clark was the producer who, with Michael Fisher, is responsible for the story. Plot Synopsis by Dan Pavlides END_OF_DOCUMENT_TOKEN_TO_BE_REPLACED