Taw Jackson (John Wayne) returns from prison having survived being shot, to the ranch and gold that Frank Pierce stole from him. Jackson makes a deal with Lomax (Kirk Douglas), the man who shot him 5 years ago to join forces against Pierce and steal a large gold shipment. The shipments are transported in the War Wagon, an armored stage coach that is heavily guarded. The two of them become the key players in the caper to separate Pierce from Jackson’s gold. END_OF_DOCUMENT_TOKEN_TO_BE_REPLACED 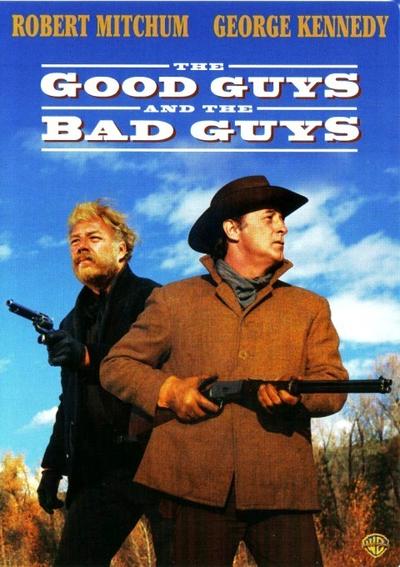 Plot Synopsis by All Movie
In this comic western, Flagg (Robert Mitchum) is a veteran marshal forced to retire by the pompous Mayor Wilker (Martin Balsam). McKay (George Kennedy) is a wily gunslinger. The two combine forces to stop a young band of outlaws from robbing the train when it pulls into the station. Flagg warns the mayor of the upcoming attempt but is not taken seriously by the town politician. McKay and Flagg ride out to warn the train of the impending crime, which finds McKay facing members of his own gang in a traditional western showdown. David and John Carradine appear in this feature along with Tina Louise and Lois Nettleton. END_OF_DOCUMENT_TOKEN_TO_BE_REPLACED

Plot Synopsis from allmovie.com
Two aging bronc-busters (Glenn Ford and Henry Fonda) make their meager money by breaking wild horses. They dream of better days–possibly retiring to some island paradise–but they never put any money in the bank because they spend it all on booze and girls. They think their no-dough days are done until they acquire a wild drunkard horse which they enter in a bucking contest–no one can ride the wild, hiccupping nag. This is a pretty funny ’60s western-style comedy. END_OF_DOCUMENT_TOKEN_TO_BE_REPLACED