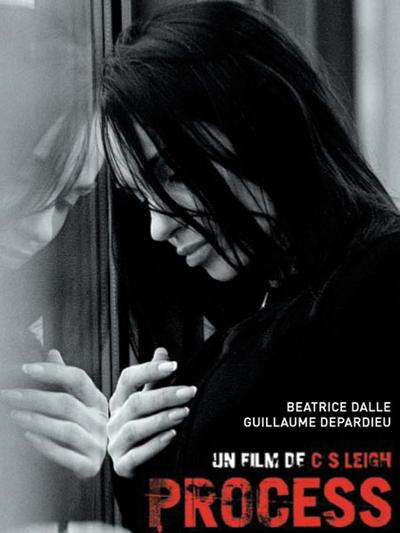 Quote:
Filmmaker C.S. Leigh writes and directs his first feature film with the extreme drama The Process. French actress Béatrice Dalle plays an actress trying to kill herself. Through long, uncomfortable takes, the film explores her tortured existence. After a disastrous on-stage appearance with her estranged husband (Guillaume Depardieu), she engages in a rough sexual three-way with two men (Daniel Duval and Sebastien Viala). She also loses her child to a car accident and her breast to cancer. The Process was screened at the Berlin Film Festival in 2004 with live musical accompaniment by John Cale. END_OF_DOCUMENT_TOKEN_TO_BE_REPLACED