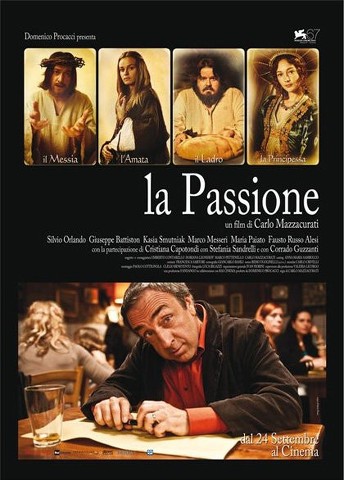 To avoid being sued, a film director reluctantly agrees to set up and direct the Good Friday celebrations in a small Tuscan town.
END_OF_DOCUMENT_TOKEN_TO_BE_REPLACED 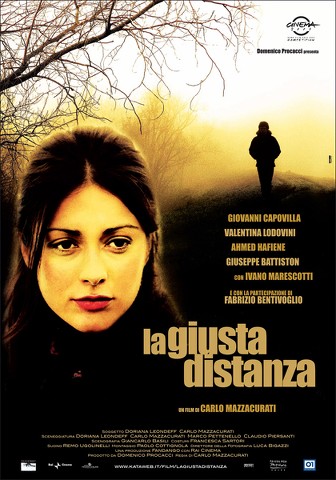 Basically a good murder mystery, ‘The Right Distance’ brings in contemporary issues like anti-foreign prejudices, marriages arranged with Eastern European women online, kids with computer smarts adults lack, and how these changes disrupt life in a little town. A beautiful young woman named Mara (Valentina Lodovini) comes to replace a schoolteacher in the Po Valley. Trouble ensues. One person in town doesn’t miss a trick: 18-year-old Giovanni (Giovanni Capovilla). He is highly motivated to become a journalist and has persuaded Bengivenga (Fabrizio Bentivoglio), an editor at a big city paper, to allow him to work as a low-profile stringer in the town. His job is to keep his eyes and ears peeled without anybody finding out that he’s a reporter. Naturally, he’s good with the Internet. He helps Mara set up her connection and in the course of dong so finds out her email password. Giovanni checks in on it from home and starts reading the accounts of day to day experiences she emails to her best girlfriend back home. Thus over time he finds out that she’s attracted to the local bus driver, Guido (Stefano Scandaletti), and that Hassan (Ahmed Hefiane), who runs the garage he himself works in, is attracted to her–and is stalking her outside her house in the dark. He also knows that Amos (Giuseppe Battiston), the tobacconist who’s making a fortune taking people fishing, went out in his boat with Mara and made some moves on her. It’s Amos who has the Romanian wife chosen from an online “catalog.” Hassan is an older (but handsome) Tunisian man. He has family members in the area but isn’t married. He has been in Italy a long time. END_OF_DOCUMENT_TOKEN_TO_BE_REPLACED