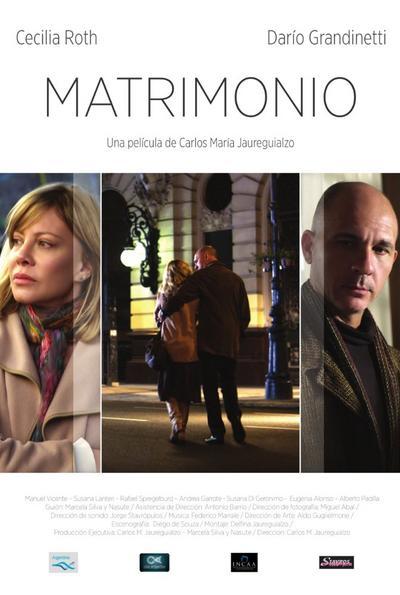 Quote:
Argentine director Carlos Jaureguialzo offers a fine take on the challenge with Matrimonio (Marriage), which will have its world premiere at the Miami International Film Festival this Sunday. By focusing on a day in the life of one weary couple he and screenwriter Marcela Silva y Nasute reveal a sometimes grim, often humorous, and ultimately affirming observation of aged love.

Esteban (Darío Grandinetti) and Molly (Cecilia Roth) have been married for over 20 years, and they clearly seem worn out. The film opens with a montage covering the detritus of this couple’s Buenos Aires apartment and, by extension, their life together. Everything is shown in super close-up: details of photos in picture frames, the water-stains on the edges of drying glasses in the kitchen, the top of a perfume bottle and the face of Esteban, staring up at the ceiling, waiting to get up in the morning to face the day. END_OF_DOCUMENT_TOKEN_TO_BE_REPLACED