An ultra-rare two-part documentary made for French TV about Georges Perec, directed by his former partner Catherine Binet (who is mostly known for her only feature film, The Games of Countess Dolingen of Gratz). It features a mixture of archival footage, scenes from Perec’s films and to-camera readings of excerpts from his work by various actors and friends of the author (Michael Lonsdale, Marina Vlady, Alain Cuny, Sami Frey, Edith Scob, Harry Mathews and others). Some consider this to be the best documentary about the author that has been made so far. END_OF_DOCUMENT_TOKEN_TO_BE_REPLACED 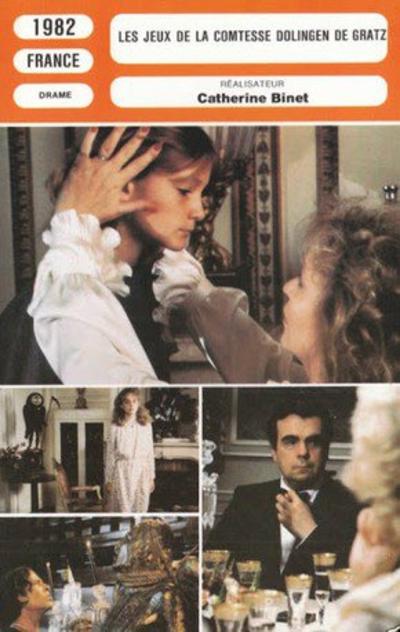 Plot
In Paris, a young woman, Louise Haines Pearson, visits her disturbed friend Nena who tells her that she has just written a book on the history of a little girl troubled by her senses, perhaps because of the tyranny of his mother and the absence of her father. Louise recognizes the difficulties of this little girl, being herself deeply affected by the indifference of her husband. END_OF_DOCUMENT_TOKEN_TO_BE_REPLACED