Quote
Baby’s Toilet is a 1905 British short film directed by Cecil Hepworth. The film features Hepworth’s baby daughter Elizabeth being bathed and dressed by her nurse, and was categorised by Hepworth as a “Domestic Scene”. In the film Hepworth combines a series of shots to produce a narrative depicting the bathing process from beginning to end. He would later acknowledge the influence of the pioneering work of the Lumière brothers on this and other similar films he produced in the 1900s. The print of Baby’s Toilet survives, and Patrick Russell of the British Film Institute observes: “Long after Elizabeth Hepworth’s own death, the affecting innocence of infancy remains a basic human theme. Baby’s Toilet has lost none of its charm. END_OF_DOCUMENT_TOKEN_TO_BE_REPLACED 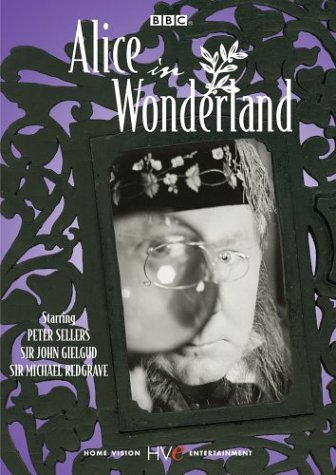 This was the very first film version of “Alice” and encapsulated much of the “Wonderland” story into a short ten minute feature. Despite the infancy of the film-making process, the production included some creditable special effects and Alice grew and shrank to good effect. The film is preserved by the British Film Institute, although two of the sixteen scenes are missing.
“The History of the British Film: 1896-1906” by Rachael Low and Roger Manvell (distributed in the USA by R.R. Bowker, 1948, 1973) offers this description: (see above right)
“The film is composed of sixteen scenes, dissolving very beautifully from one to another, but preceded, where necessary for the elucidation of the story, by descriptive titles.”
The book proceeds to describe the 16 scenes in considerable detail and also offers a brief entry on the Hepworth Manufacturing Company and its founder, Cecil Hepworth (born 1874). END_OF_DOCUMENT_TOKEN_TO_BE_REPLACED