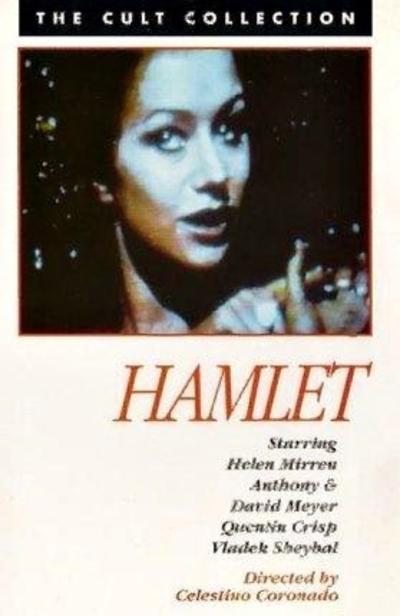 Quote:
[A] radical reinvention of [Hamlet was] carried out by Celestino Coronado in a 16mm-and-video project made at the Royal College of Art in 1976. Taking its cue from Hamlet’s speech to Gertrude concerning “the counterfeit presentment of two brothers”, Coronado casts identical twins Anthony and David Meyer as not only twin Hamlets but also the Ghost, Laertes and the Player King, with Helen Mirren playing both Gertrude and Ophelia. Though the budget was admittedly tiny, this was not a money-saving device: this doubling served to emphasise the way the play’s characters frequently mirror each other in method and motivation. END_OF_DOCUMENT_TOKEN_TO_BE_REPLACED