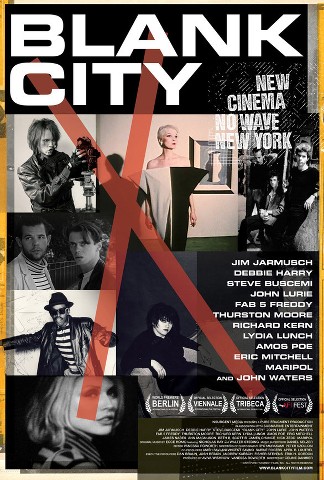 Quote:
Directed by French newcomer Celine Danhier, BLANK CITY captures the idiosyncratic, explosive energy of the “No Wave Cinema” and “Cinema of Transgression” movements. Stark and provocative, the films drew name and inspiration from the French New Wave, as well as Film Noir, and the works of Andy Warhol and John Waters. Filmmakers such as Jim Jarmusch, Eric Mitchell, Beth B, Charlie Ahearn, Lizzie Borden and Amos Poe showcased the city’s vibrant grit, and bore witness to the rising East Village art and rock scenes and the birth of hip hop. Short, long, color or black-and-white, their stripped-down films portrayed themes of alienation and dissonance with a raw and genuine spirit, at times with deadpan humor or blurring lines between fiction and reality. From Amos Poe’s enigmatic The FOREIGNER to James Nares’ comedic ROME 78 to Beth B & Scott B’s political BLACK BOX — the No Wave Movement was as varied as it was lively. END_OF_DOCUMENT_TOKEN_TO_BE_REPLACED