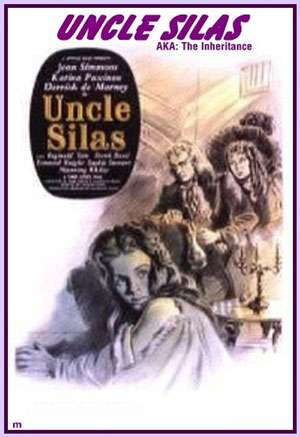 In 1845, 17-year-old Caroline (Jean Simmons) is nursing her dying father. He has enough faith in the reform of his reprobate brother, Silas (Derrick de Marney), suspected but in the clear of murder, to place her under his wing after his death. The hitherto naïve heroine soon learns that scheming Uncle Silas is planning to kill her in order to get his hands on the family fortune, aided by the equally corrupt governess Madame de la Rougierre.” – britmovie.co.uk END_OF_DOCUMENT_TOKEN_TO_BE_REPLACED