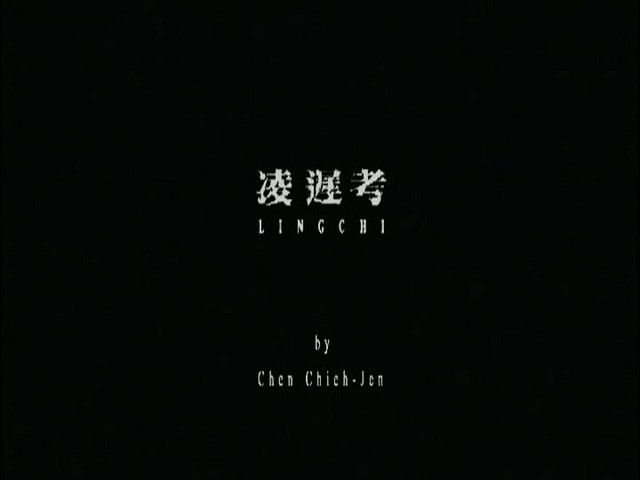 The title Lingchi refers to a photograph taken by an unidentified western anthropologist according to some, and by a French soldier at the beginning of the 20th century, according to others by others. It shows the execution of a condemned man by Lingchi, a slow torture involving more than a thousand cuts made on the body of the condemned person before death. If he died earlier the executioner was himself put to death. This punishment was practiced in China for thousands of years and was not finally abolished until 1905. A large crowd would gather for the execution, not only to witness the extraordinary spectacle but also to collect blood and strips of flesh from the body, to be used for medical purposes. The photo immediately started to be circulated, especially amongst westerners passing through China and in particular in a set of postcards Les supplices chinois. It was later published in France in Louis Carpeaux’s Pekin qui s’en va in 1913, and then by Georges Dumas in his Traité ! de psychologie in 1923. It was, however, Georges Bataille, who came into possession of a copy in 1925 and for whom, according to his own statement, it was of decisive importance in his life, who introduced it with greater authority into the imagery of western culture when he used it at the conclusion of his last study of eroticism, Les larmes d’eros, published a year before his death in 1961, to demonstrate the identical nature of contraries and in particular of religious ecstasy and extreme horror. END_OF_DOCUMENT_TOKEN_TO_BE_REPLACED