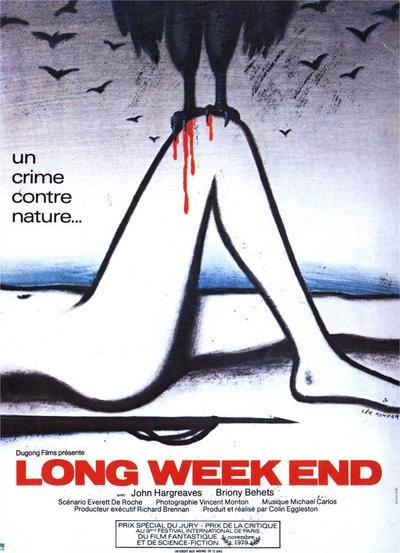 Quote:
Now this is want you call a man vs. nature film! And a real merciless one too! This low-budget, under-appreciated (if forgotten) Australian gem is far from your typical excursion into horror with a melodramatic backdrop involving the couples’ martial problems, but the way the insightful story folds out you can’t deny that this isn’t one horrifying exercise when nature finally unleashes its devastating power with such an claustrophobic strangle hold. You might think the idea in this particular sub-genre would be hokey and overall, a campy b-grade animal feature, but here that’s not the case because there’s nothing cheap about the story and thrills, as it goes for some old fashion spookiness and slow grinding suspense, where we are asked to think about the couples’ careless actions towards nature and the environmental message. There’s a little bit more going on in the film’s material and visuals then you might think and it does play on your mind with it’s disorientating atmosphere. END_OF_DOCUMENT_TOKEN_TO_BE_REPLACED