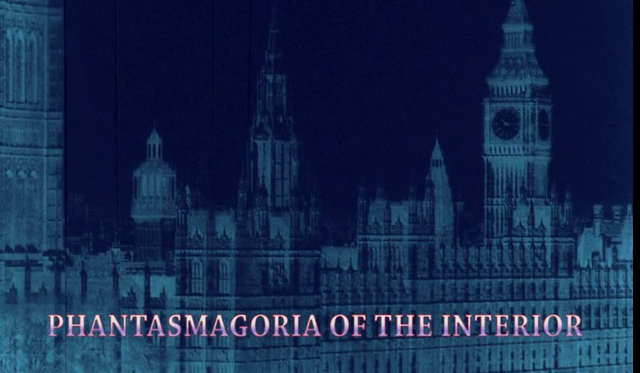 PHANTASMAGORIA OF THE INTERIOR is an audiovisual essay devoted to Walerian Borowczyk’s film THE STRANGE CASE OF DR. JEKYLL AND MISS OSBOURNE. Utilising the materials of the complete, restored version of the film, and its French language soundtrack, the film offers a new way of looking at, understanding and appreciating Borowczyk’s intensely cinematic art. Particular attention is paid to a painting by Vermeer of a pregnant woman, introduced early into Borowczyk’s film, and reappearing at key moments. Beginning from this painting – its content, style, and historical background – particular aspects of the film are explored: its unusual pictorial compositions; the mingling of sexuality with violence; and the association of men and women with (respectively) open and closed spaces. The film argues that Borowczyk brings a surrealist sensibility to his free adaptation of the Jekyll and Hyde story, especially emphasizing the transgressive, revolutionary role of the free-spirited Lucy Osbourne. END_OF_DOCUMENT_TOKEN_TO_BE_REPLACED