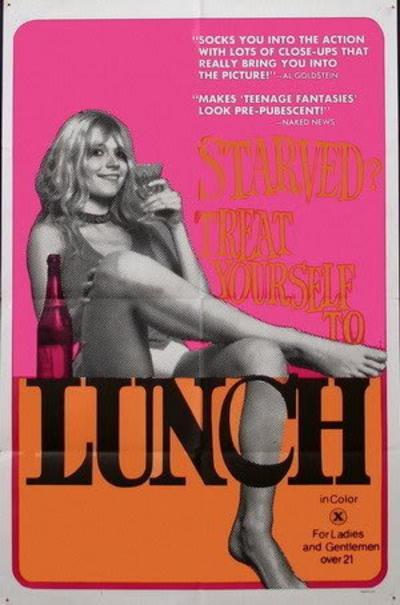 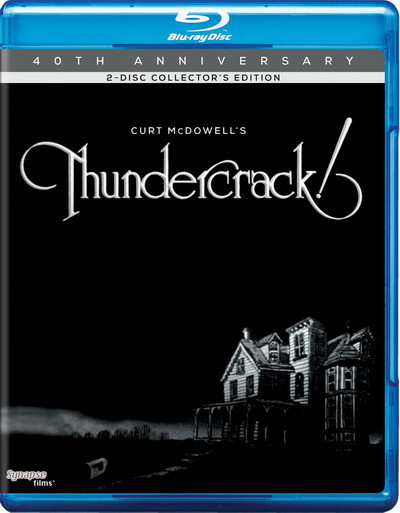 Quote:
If you’re at all familiar with underground cinema, than you’ve probably heard tales about this flick for years. But actually seeing the damned thing is a different matter entirely. Crass, sick and hilarious, this no-budget b&w feature is filled with the essence of pure, undiluted cinematic derangement. Like the earliest works of John Waters, it revels in taboo-shattering shocks and an undying love for Hollywood kitsch. Glorious overwritten by George Kuchar, and directed by the late Curt McDowell (who was one of Kuchar’s first students), it’s a torrent of comically-lit cliches, heated to the point of lurid parody. The time: A dark and stormy night. The setting: An old, secluded mansion–the home of the terrifically obscene Mrs. Gert Hammond (Marion Eaton), who staggers about the place with heavy, mismatched eyebrows and a vomit-caked wig. END_OF_DOCUMENT_TOKEN_TO_BE_REPLACED 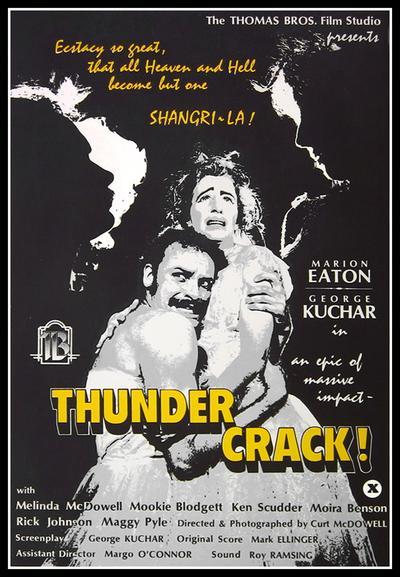 THUNDERCRACK! is, in a strange way, a scurrilous precursor of DEAD MEN DON’T WEAR PLAID, and with wicked wit and precision, subverts not only the entire `grammar’ of film, but an endless succession of Hollywood images, situations and clichés in the process. It even manages to satirise pornography; no mean feat when such images still retain their power to shock and unsettle some people! Using the familiar “lonely-house on a storm-swept night acting as a safe haven for lost and confused travellers” scenario, (some chance!!), it explores the manners and mores of `normal’ society with such wicked wit that only the most puritanical would not be capable of responding. Thankfully made in black-and-white, the entire cast and, it appears, crew, throw themselves into the venture without inhibition or qualm, and the result is Hollywood turned on it’s head, and all those previously `hidden’ and subliminal subplots exposed for what they really are. For broad-minded adults, a most amusing and entertaining tonic, showing perhaps, that even sex should not be taken TOO seriously. END_OF_DOCUMENT_TOKEN_TO_BE_REPLACED