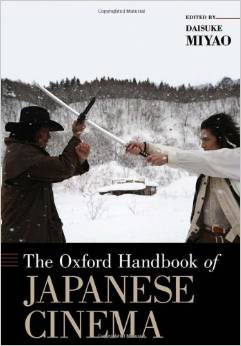 The reality of transnational innovation and dissemination of new technologies, including digital media, has yet to make a dent in the deep-seated culturalism that insists on reinscribing a divide between the West and Japan, even in realms of technological activity that are quite evidently dispersed across cultures. Film and media studies are not immune to this trend. They continue to fret over the “Westernness” of film technologies vis-à-vis the apparently self-evident “Japaneseness” of other modes of cultural production. The main goal of The Oxford Handbook of Japanese Cinema is to counter this trend toward dichotomizing the West and Japan and to challenge the pervasive culturalism of today’s film and media studies. This volume addresses productive debates about what Japanese cinema is, where Japanese cinema is, and where Japanese cinema is going at the period of crisis of national boundary under globalization. In order to do so, this volume attempts to foster dialogue between Japanese scholars of Japanese cinema, film scholars of Japanese cinema based in Anglo-American and European countries, film scholars of non-Japanese cinema, film archivists, film critics, and filmmakers familiar with film scholarship. END_OF_DOCUMENT_TOKEN_TO_BE_REPLACED