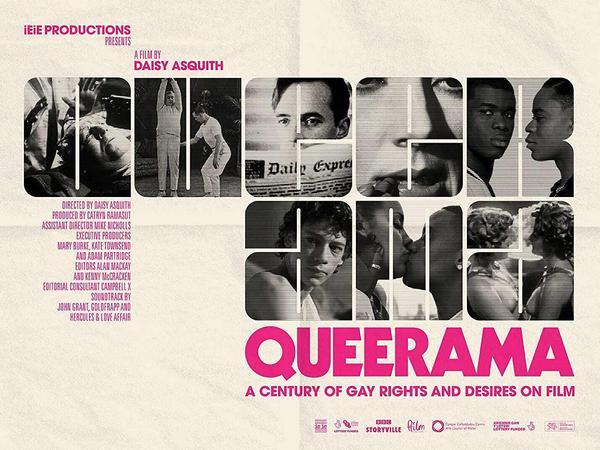 Synopsis:
Compilation of archive footage from 1919 to the present, from both documentary and fictional sources, set to music, illustrating the huge changes in LGBTQ life in Britain (mainly England) over the 20th century.

Review:
Sensitive, cheeky and enriched with a healthy shot of self-awareness, Daisy Asquith’s kaleidoscopic Queerama is as much a reflection on the shifting status of LGBTQ people within the UK pop culture landscape – as both subjects and creators – as an ambitious summation of the corresponding societal changes in the last century or so. A loosely structured montage of decades-spanning archive footage, it’s perhaps of little surprise that the film doesn’t have a whole lot new to say but the empathy and energy by which these images and ideas are edited together into a single piece make Queerama an entertaining and often poignant tribute to the progress made, as well as an implicit acknowledgement of the progress yet to be made.
END_OF_DOCUMENT_TOKEN_TO_BE_REPLACED