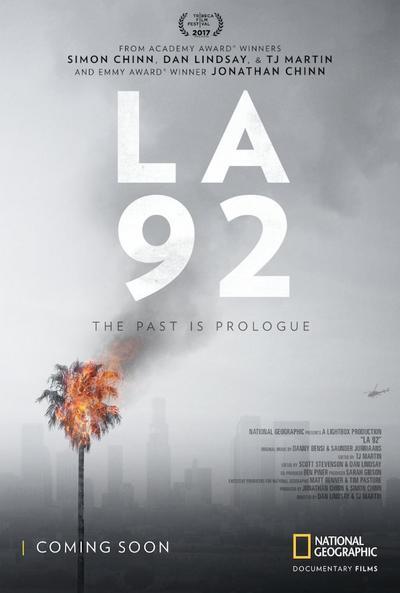 Synopsis:
A look at the events that led up to the 1992 uprising in Los Angeles following the Rodney King beating by the police.

Review:
Dan Lindsay and TJ Martin (“Undefeated”) co-direct a penetrating historical documentary, using interviews and archive footage, recalling the Watts riot in April 1992 from twenty-five years ago after the acquittal verdict in the Rodney King trial of the four police officers who beat him. It sparked several days of protests in Los Angeles that resulted in at least 54 deaths and a billion dollars property damage caused by arson and looting. All the cops were acquitted despite such explicit evidence revealed on videotape that was filmed by a white bystander named George Holliday. It showed that on March 3, 1991, in an incident that went national, several Los Angeles police officers beating an unarmed black man named Rodney King. END_OF_DOCUMENT_TOKEN_TO_BE_REPLACED