Quote:
A journalist is assigned to interview an eccentric anthropologist who has exhumed the skeleton of Jörg Jenatsch, a revered freedom fighter who was mysteriously murdered in 1639. Initially disinterested, the journalist begins to uncover unflattering truths about the national hero and experiences visions in which he seems to be witnessing events that transpired over 300 years ago. As he obsessively pursues the investigation, his personal life and his grip on reality disintegrate, drawing him relentlessly toward the fatal carnival at which Jenatsch was killed. END_OF_DOCUMENT_TOKEN_TO_BE_REPLACED

Quote:
When you play with clichés, you have to be very careful that they don’t backfire; the little things have a way of maiming almost everything around them.

Daniel Schmid’s “La Paloma” — which was shown last night and to be repeated tonight at the New York Film Festival — is intentionally crammed with cultural chestnuts, and also makes a heavy pass at the plots of “Camille” and “La Traviata.” Kitsch and camp collide in this storm of pity and terror and wonder, which seethes with boundless love, burning glances, and unfathomable revenge. END_OF_DOCUMENT_TOKEN_TO_BE_REPLACED

In Japanese theater women’s roles are traditionally played by men. The man playing the woman’s role, the Onnagata, does not imitate the woman, as in the West, but tries to capture her significance. He need not stick close to his model, but draws far more from his own identity – a shift of value takes place, which is nonetheless not a step beyond.

THE WRITTEN FACE is an attempt to offer an insight into the Japanese Kabuki star Tamasaburo Bando, one of the last defenders of this ancient and disappearing performing tradition. The film consists of four continuous acts: END_OF_DOCUMENT_TOKEN_TO_BE_REPLACED 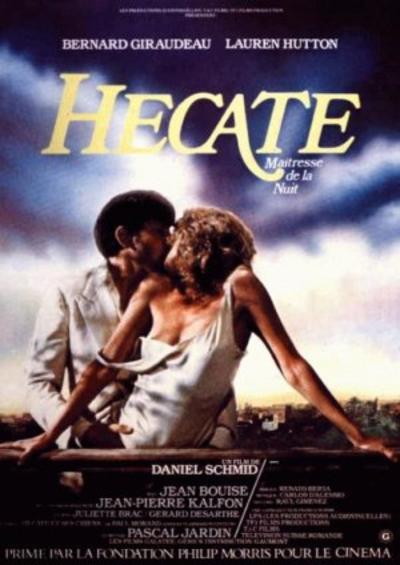 Daniel Schmid sets this amour fou in exquisite interiors against the glittering backdrop of a clash of cultures: European colonialism on the one hand and the dark, secretive labyrinth of the Arab world on the other. END_OF_DOCUMENT_TOKEN_TO_BE_REPLACED