The Ties (Italian: Lacci) is a 2020 Italian romantic drama film directed by Daniele Luchetti, based on the 2014 novel of the same name by Domenico Starnone.
In early 1980s Naples, the marriage of a loving couple is threatened by a potential affair between the husband and a younger woman.

The picture will have its world premiere on 2 September 2020 at the 77th Venice International Film Festival, out of competition. END_OF_DOCUMENT_TOKEN_TO_BE_REPLACED

Synopsis:
Two brothers are divided by matters of love and politics in this feature by a former actor and assistant director for Nanni Moretti.
END_OF_DOCUMENT_TOKEN_TO_BE_REPLACED 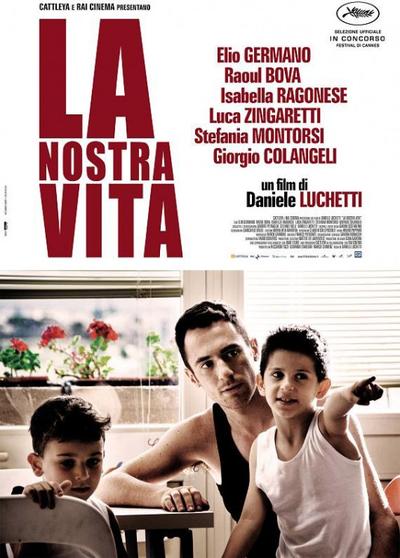 Claudio is a blue-collar builder, almost blissfully happy with his ordinary family life, with his wife and two children. Then, tragedy strikes and Claudio sets off on an obsessive quest to become rich and successful by taking on an almost impossible-to-complete contract to construct an apartment block in record time. Claudio uses all his own, his friend’s and his family’s resources to try and succeed, while in fact coming closer and closer to disaster and ruin. Anchored by an intense and very impressive performance by Elio Germano (Romanze Criminale, Quo Vadis Baby) as Claudio, Our Life is a gritty, yet warm and human story. Almost like an Italian Ken Loach, director Daniele Luchetti depicts authentically working class life in Italy and the struggles of one man to rise above the corruption and compromises that beset him. Following on from Luchetti’s acclaimed previous film My Brother is an Only Child (premiered at LFF 2007) this is another arresting film; powerfully emotive, cinematic and satisfying. —BFI