IMDB plot summary:
“Turin, 1983. Commissioner Moretti (Max von Sydow) tells to a boy: “I’ll catch the killer of your mother, I’ll catch him for all my life”. Same town, 17 years later. The murderer is back (he is not dead, as people thought for a long time), he attacks two girls and a long strip of blood begins. The boy now is an adult and when he meets the old Moretti they decide to close the case forever. To do it they must solve the puzzles of the killer, nicknamed The Dwarf: where the corpses are found, there is always a piece of paper with the form of an animal. And in a mysterious house is hidden a poem titled “The animal farm” but it’s not the Orwell novel… it’s a clue.” END_OF_DOCUMENT_TOKEN_TO_BE_REPLACED

Quote:
A Rome policewoman teams up with a British Interpool agent to find a crafty serial killer whom plays a taunting game of cat-and-mouse with the police by abducting and killing young women and showing it over an Internet web cam. END_OF_DOCUMENT_TOKEN_TO_BE_REPLACED

A college film student, obsessed with the works of Alfred Hitchcock, investigates a murder committed in the apartment building across from his and suspects that his seductive neighbor hired a girlfriend to commit the deed. END_OF_DOCUMENT_TOKEN_TO_BE_REPLACED

Anna Manni is a policewoman trying to capture a vicious serial rapist and killer. The problem is that she suffers from Stendhal’s syndrome, a psychosomatic disease that gives her dizziness and hallucinations when she is exposed to the sight of paintings and artistic masterpieces. When the maniac lures her into a trap inside Florence’s famous Uffizi museum, her troubles are just beginning… END_OF_DOCUMENT_TOKEN_TO_BE_REPLACED

Plot Synopsis:
While driving home one day, David, a graphic designer and recovering addict, sees a young girl on the edge of a bridge, possibly about to jump to her death. He rescues the girl, named Aura, who is also an addict and an anorexic. The two are suddenly separated, though, when Aura is reunited with her oddball parents. That night, Aura’s mom is holding a séance, which is interrupted by “The Headhunter” — a serial killer who beheads victims with an electric cutting wire. END_OF_DOCUMENT_TOKEN_TO_BE_REPLACED

Synopsis:
Franco Arno is a blind man that lives with his young niece and makes a living writing crossword puzzles. One night, while walking on the street, he overhears a weird conversation between two man sitting in a car parked in front of a medical institute where genetic experiments are performed. The same night someone breaks in the institute and knocks out a guard. Arno decides to investigate with the help of reporter Carlo Giordani. END_OF_DOCUMENT_TOKEN_TO_BE_REPLACED 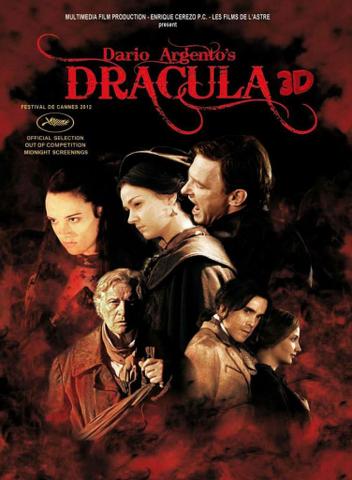 A young librarian, Jonathan Harker, is welcomed at Castle Dracula by the Count and a young woman named Tania, who seems intent on seducing Harker. The Count prevents Tania from biting the young man, but Dracula attacks Harker himself, leaving him weak. Harker attempts to escape the castle, but is killed by a wolf. Harker’s wife, Mina, arrives in the village and stays at the home of her friend, Lucy Kisslinger. Worried about her husband, she visits the castle, and falls under the spell of the Count. It transpires that Dracula has engineered their meeting, because Mina is the reincarnation of his long-lost love, Dolinger. Lucy also becomes undead before the mysterious happenings in the village attract the attention of vampire expert Van Helsing, who prepares for final combat with his deadliest foe. END_OF_DOCUMENT_TOKEN_TO_BE_REPLACED