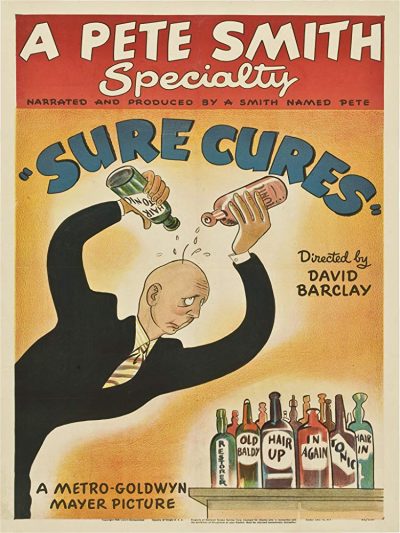 Quote:
This is another of the Pete Smith Specialities, which was co-written and directed by Dave O’Brien, who plays the poor fool with the hiccoughs. He tries various “remedies” to “cure” himself (some of which Torquemada and the Spanish Inquisition might have applauded) to no avail. It’s all great fun, for everyone but the poor twit. O’Brien frequently played a character not likely to be joining Mensa any time soon in these shorts. This runs on TCM as filler fairly often and virtually every March as part of the “31 Days of Oscar”. Most recommended. END_OF_DOCUMENT_TOKEN_TO_BE_REPLACED