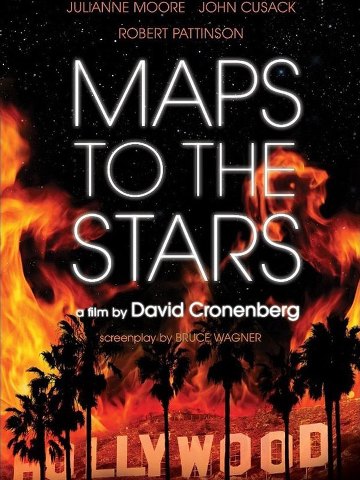 Synopsis:
The Weiss family is the archetypical Hollywood dynasty: father Stafford is an analyst and coach, who has made a fortune with his self-help manuals; mother Cristina mostly looks after the career of their son Benjie, 13, a child star. One of Stafford’s clients, Havana, is an actress who dreams of shooting a remake of the movie that made her mother, Clarice, a star in the 60s. Clarice is dead now and visions of her come to haunt Havana at night… Adding to the toxic mix, Benjie has just come off a rehab program he joined when he was 9 and his sister, Agatha, has recently been released from a sanatorium where she was treated for criminal pyromania and befriended a limo driver Jerome who is also an aspiring actor.
END_OF_DOCUMENT_TOKEN_TO_BE_REPLACED 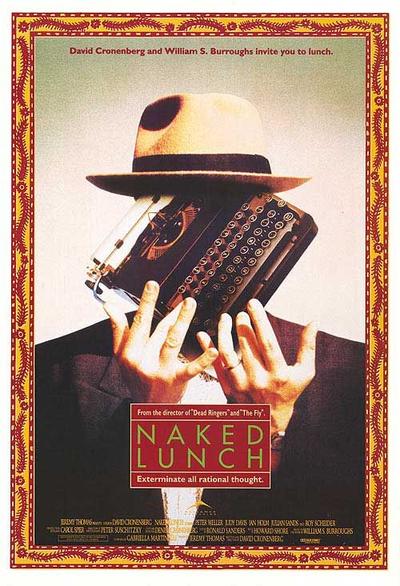 Someone asked the other day if David Cronenberg’s movie adaptation of William S. Burroughs’s novel “Naked Lunch” was “digital or analog.” In other words, does the movie follow the author’s surrealistic, Rorschach-test prose unit for unit, or does he weave an analogous version of his own?
Cronenberg, definitely, opts for the latter. He does so to his own, very weird degree. This is the guy, after all, who made “Scanners,” “The Fly” and “Dead Ringers.” He enjoys the grotesque. He grooves on molecular mutation. So, picking up on Burroughs’s passing — and metaphorical — references to beetles or buglike beings, Cronenberg takes that thought and scuttles with it.
There are bugs all over this movie. They are big, disgusting, coleopterous beings with pincers, sheaths and mandibles. They show up in bars with exoskeletal nonchalance. They metamorphose out of typewriters. One of them claims to be a spy controller. They emit nauseating, appetite-destroying secretions.
Of course, the movie — set in a brown-tinted, out-there 1950s world — is filled with people too, most of them writers, drug addicts or both. The central character is Bill Lee (Peter Weller), a pest exterminator and former junkie whose job is to dust people’s homes with poison powder. His wife (Judy Davis) happens to be severely addicted to the stuff. She loves to inject it into her breast. An eerie Dr. Benway (Roy Scheider) recommends a different addiction, the black meat of a certain Brazilian centipede. END_OF_DOCUMENT_TOKEN_TO_BE_REPLACED 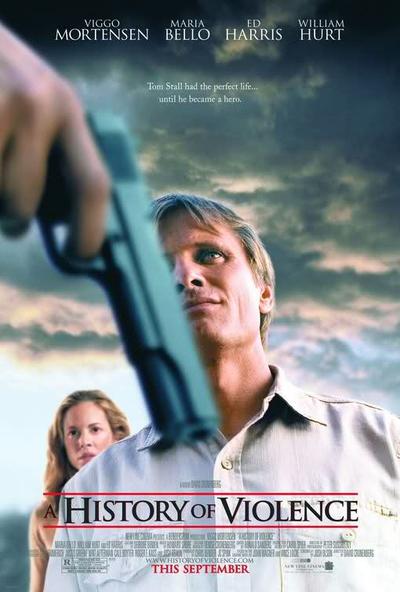 Description: David Cronenberg directed this screen adaptation of a graphic novel by John Wagner and Vince Locke which explores how an act of heroism unexpectedly changes a man’s life. Tom Stall (Viggo Mortensen) lives a quiet life in a small Indiana town, running the local diner with his wife, Edie (Maria Bello), and raising their two children. But the quiet is shattered one day when a pair of criminals on the run from the police walk into his diner just before closing time. After they attack one of the customers and seem ready to kill several of the people inside, Tom jumps to the fore, grabbing a gun from one of the criminals and killing the invaders. Tom is immediately hailed as a hero by his employees and the community at large, but Tom seems less than comfortable with his new notoriety. One day, a man with severe facial scars, Carl Fogarty (Ed Harris), sits down at the counter and begins addressing Tom as Joey, and begins asking him questions about the old days in Philadelphia. While Tom seems puzzled, Carl’s actions suggest that the quiet man pouring coffee at the diner may have a dark and violent past he isn’t eager to share with others — as well as some old scores that haven’t been settled. END_OF_DOCUMENT_TOKEN_TO_BE_REPLACED 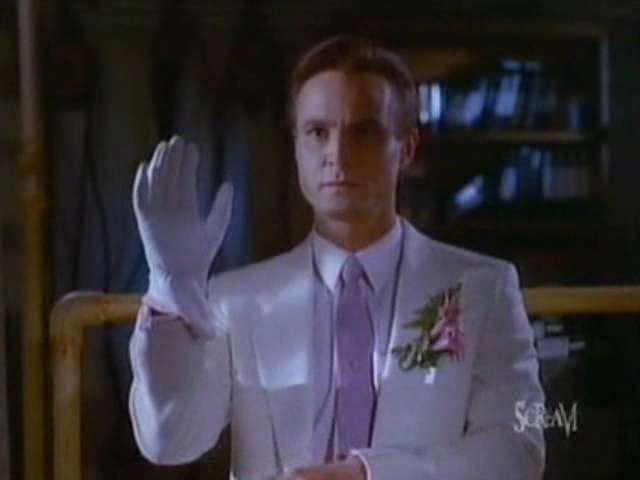 An unscrupulous faith healer discovers a powerful glove that turns him into a killer. END_OF_DOCUMENT_TOKEN_TO_BE_REPLACED

Adapted from the controversial novel by J.G. Ballard, Crash will either repel or amaze you, with little or no room for a neutral reaction. The film is perfectly matched to the artistic and intellectual proclivities of director David Cronenberg, who has used the inspiration of Ballard’s novel to create what critic Roger Ebert has described as “a dissection of the mechanics of pornography.” Filmed with a metallic color scheme and a dominant tone of emotional detachment, the story focuses on a close-knit group of people who have developed a sexual fetish around the collision of automobiles. They use cars as a tool of arousal, in which orgasm is directly connected to death-defying temptations of fate at high speeds. Ballard wrote his book to illustrate the connections between sex and technology–the ultimate postmodern melding of flesh and machine–and Cronenberg takes this theme to the final frontier of sexual expression. Holly Hunter, James Spader, and Deborah Unger are utterly fearless in roles that few actors would dare to play, and their surrender to Cronenberg’s vision makes Crash an utterly unique and challenging film experience. END_OF_DOCUMENT_TOKEN_TO_BE_REPLACED

Roger St Luc, the house doctor at Starliner Towers, a new high-rise apartment complex on Montreal’s Starliner Island, becomes fascinated after he is called to the apartment of research scientist Emil Hobbes who has gutted a teenage girl, poured acid into her stomach and then cut his own throat. St Luc discovers that Hobbes was working on a parasitic organism designed to eat and replace diseased organs in the human body. In order to test his own theories about human sexuality, Hobbes has created a mutant version of the parasite and released it in the apartment. And now people all over the complex are being infected by the parasite, which turns them into flesh-devouring sexual fetishists. END_OF_DOCUMENT_TOKEN_TO_BE_REPLACED