In this adaptation made during the the London Blitz of George Bernard Shaw’s edgy comedy of the same name, Wendy Hiller as the idealistic title character is running a Salvation Army shelter in the East End that aims to save the souls of the destitute while preserving their physical well-being. She becomes engaged to the sceptical, unworldly Adolphus Cusins (Rex Harrison), a professor of Ancient Greek who discards his agnosticism and joins the Salvation Army to be near his fiancee. Cusins is then startled to learn that Major Barbara in fact comes from a privileged background – she is the grand-daughter of an earl on her mother’s side, and her long-absent estranged father Andrew Undershaft (a young Robert Morley) is a multi-millionaire arms manufacturer. END_OF_DOCUMENT_TOKEN_TO_BE_REPLACED

Quote:
Set in the wake of the 1916 Easter Rising, a married woman in a small Irish village has an affair with a troubled British officer. END_OF_DOCUMENT_TOKEN_TO_BE_REPLACED 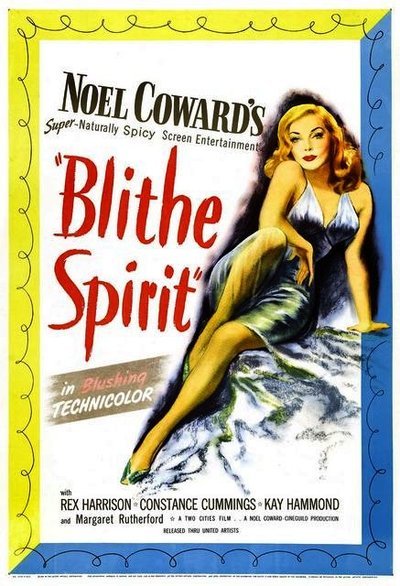 Synopsis:
An English mystery novelist invites a medium to his home, so she may conduct a séance for a small gathering. The writer hopes to gather enough material for the book he’s working on, as well as to expose the medium as a charlatan. However, proceedings take an unexpected turn, resulting in a chain of supernatural events being set into motion that wreak havoc on the man’s present marriage. END_OF_DOCUMENT_TOKEN_TO_BE_REPLACED

Eastman Museum writes:
An epic romance of doomed love, Doctor Zhivago is set amidst the tumultuous years encompassing World War I, the Russian Revolution of 1917, and the Russian Civil War. Yuri Zhivago (Omar Sharif) is a married physician and poet who falls madly in love with Lara (Julie Christie), a nurse who is also married. The tangled epic of love and war “did nothing less than re-create Moscow and its countryside,” according to Roger Ebert. “Doctor Zhivago,” Ebert continues, “believes that history should have a lot of room for personal feelings . . . the individual over the state, the heart over the mind.” Banned in the Soviet Union for decades, Doctor Zhivago won five of the ten Academy Awards for which it was nominated and has continued to garner acclaim ever since. END_OF_DOCUMENT_TOKEN_TO_BE_REPLACED

Synopsis:
David Lean brings to vivid emotional life Noël Coward’s epic chronicle of a working-class family in the London suburbs over the course of two decades. Robert Newton and Celia Johnson are surpassingly affecting as Frank and Ethel Gibbons, a couple with three children whose modest household is touched by joy and tragedy from the tail end of the First World War to the beginning of the Second. With its mix of politics and melodrama, This Happy Breed is a quintessential British domestic drama, featuring subtly expressive Technicolor cinematography by Ronald Neame and a remarkable supporting cast including John Mills, Stanley Holloway, and Kay Walsh. END_OF_DOCUMENT_TOKEN_TO_BE_REPLACED

Quote:
Based on the Charles Dickens novel Oliver Twist is about an orphan boy who runs away from a workhouse and meets a pickpocket on the streets of London. Oliver is taken in by the pickpocket and he joins a household of young boys who are trained to steal for their master. This version of Oliver Twist is topped by Alec Guinness’s masterly performance of arch-thug Fagin
END_OF_DOCUMENT_TOKEN_TO_BE_REPLACED