In the 1990s David Perlov returned to the format of the filmed diaries he produced between 1973 and 1983, organized in a different way, closer to the cinematographic essay, and divided into three thematic chapters, “Sheltered Childhood”, “Routine and Rituals” and “Back to Brazil”. In the first, we follow the childhood of his grandchildren; in the second, the political routine of Israel, the assassination of Prime Minister Yitzhak Rabin, the rise of Benjamin Netanyahu and various rituals that make up the country’s daily life; in the third, Perlov returns to Brazil, remaking, for the last time, his trips to Rio de Janeiro, São Paulo and Belo Horizonte. END_OF_DOCUMENT_TOKEN_TO_BE_REPLACED

David Perlov – B’Yerushalaim aka in Jerusalem (1963) 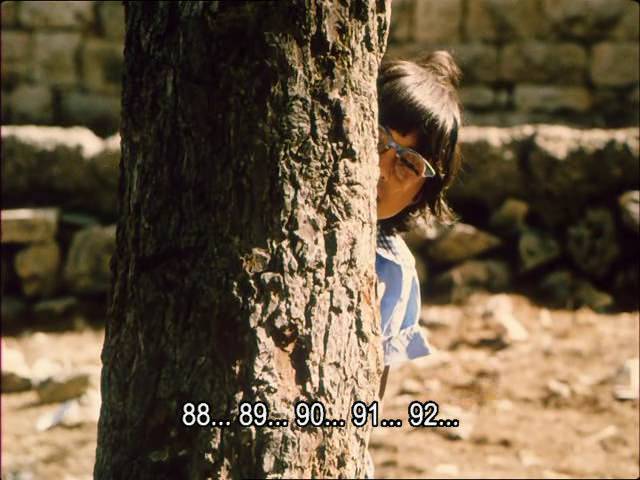 Interview with David Perlov
© Uri Klein, Haaretz, Sep. 29 1993
When you made In Jerusalem did you consciously plan to make a film
that was different, of a kind we’d never seen before?
“Yes, I was aware of the difference. In the film I interview an old man, a
religious photographer, who tells me, ‘No one took photographs in the Holy
Land before me. I was the first.’ I, too, said this while I was filming, but only to
myself. I had a feeling that I was doing something decisive for myself and also
for Israeli filmmaking. END_OF_DOCUMENT_TOKEN_TO_BE_REPLACED