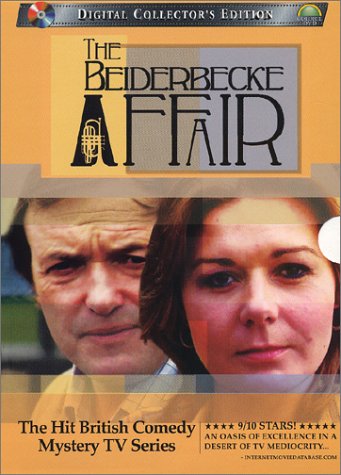 Some of IMDb reviews:

This was not the first outing for Alan Plater’s schoolteacher detectives, who in 1981’s Get Lost had been played admirably by Alun Armstrong and Frances Tomelty. However no-one could quibble with the re-casting. James Bolam effortlessly nails each line of the arch dialogue, while the talented Barbara Flynn has that rare quality of looking both believably ordinary and incredibly fanciable. Some wonderful British character actors also get plenty of screen time in what is effectively an ensemble piece. Colin Blakely, Keith Marsh, Danny Schiller, Robert Longden and Keith Clarke all do sterling work, but special mention must be made of Dudley Sutton’s tweedy schoolmaster and Terence Rigby’s saturnine Big Al, while Dominic Jephcott was a real find as the callow university educated detective. A beautifully constructed series, that remains as pertinent as ever in a society increasingly disrespectful of privacy and intolerant of eccentricity. END_OF_DOCUMENT_TOKEN_TO_BE_REPLACED