Synopsis
An experimental documentary about resistance, balance and fame, Kings of the Sky follows tightrope artist Adil Hoxur as he and his troupe tour China’s Taklamakan desert amongst the Uyghurs, a Turkic Muslim people seeking religious and political autonomy. The film gracefully hovers between travelogue, ethnographic visual poetry, and an advocacy video for preserving a traditional art form. END_OF_DOCUMENT_TOKEN_TO_BE_REPLACED

Synopsis: An experimental documentary about the street drag racing scene on Chicago’s near West Side.

This is a rambling, textured film about obsession. It is about the mythos of speed for its own sake, and it is about waiting. While waiting, The BLVD exposes community, inner-city landscapes and nomadic experiences of place. The film treats storytelling as a living medium for determining history. And it commands respect for those who transform cars, or anything else, through passion. END_OF_DOCUMENT_TOKEN_TO_BE_REPLACED

[B]The Magician’s House[B] 2007, 5:45 Both a letter to a cancer stricken, alchemist-filmmaker friend, and a quiet tribute to the vanishing art of celluloid, “The Magician’s House” is full of ghosts. Including that of Athanasius Kircher, inventor of the Magic Lantern or “Sorcerer’s Lamp”. The music, La lutte des Mages (The Struggle of the Magicians), was composed by Armenian mystic Georges Gurdjieff and Thomas De Hartmann. Gurdjieff thought of man as a kind of “transmitting station of forces.” To him, most people move around in a state of waking sleep, so he sought to provide aural conditions that would induce awareness. END_OF_DOCUMENT_TOKEN_TO_BE_REPLACED

Synopsis
An uncompromising look at the ways privacy, safety, convenience and surveillance determine our environment. Shot entirely at night, the film confronts the hermetic nature of white-collar communities, dissecting the fear behind contemporary suburban design. An isolation-based fear (protect us from people not like us). A fear of irregularity (eat at McDonalds, you know what to expect). A fear of thought (turn on the television). A fear of self (don’t stop moving). By examining evacuated suburban and corporate landscapes, the film reveals a peculiarly 21st century hollowness… an emptiness born of our collective faith in safety and technology. This is a new genre of horror movie, attempting suburban locations as states of mind. END_OF_DOCUMENT_TOKEN_TO_BE_REPLACED An experimental and haunting collection of vignettes, Deborah Stratman’s O’er the Land weaves several picturesque and arresting strands into an evocative essay on freedom as defined by The American Way. At once contemplative and jarring, the film quietly ricochets from one emblem of patriotism and of the American experience to the next: football, recreational vehicles, Civil War re-enactments, and war stories, to name a few. A recurring motif in the film is the story of Colonel William Rankin, a Marine pilot who in 1959 ejected from his F8-U fighter jet and parachuted into a thunderstorm 48,000 feet above Virginia. Incredibly, Col. Rankin remained aloft for nearly an hour, tossed by air pockets and electrical fields, before crashing to the ground and, miraculously, surviving. One might say O’er the Land keeps the viewer aloft for a turbulent and rapturous hour as well. TM END_OF_DOCUMENT_TOKEN_TO_BE_REPLACED 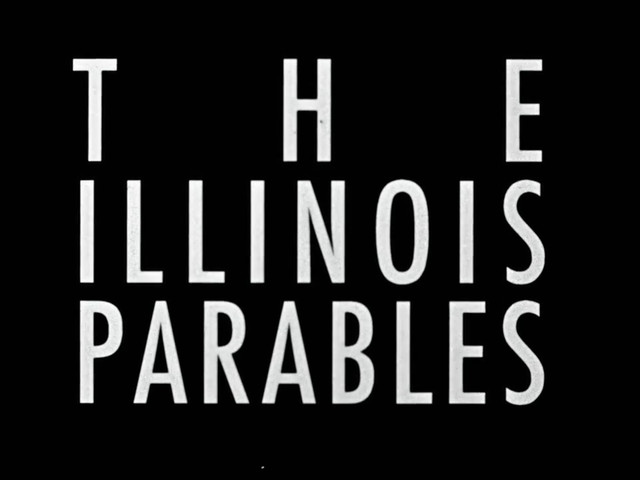 An experimental documentary comprised of regional vignettes about faith, force, technology and exodus. Eleven parables relay histories of settlement, removal, technological breakthrough, violence, messianism and resistance, all occurring somewhere in the state of Illinois. But the state is a structural ruse, and its histories are allegories that ask what belief might teach us about nationhood. In our desire to understand the inscrutable, whom do we end up blaming or endorsing? END_OF_DOCUMENT_TOKEN_TO_BE_REPLACED 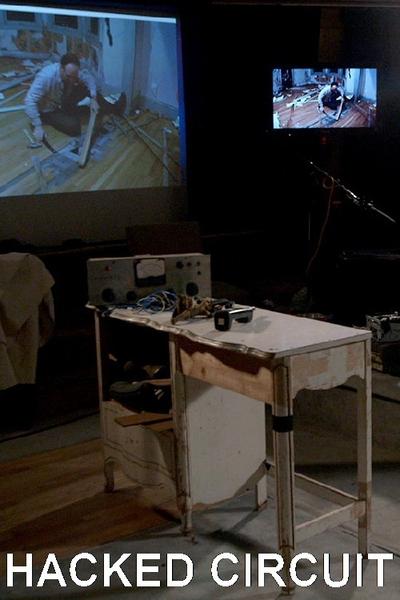 The scene being foleyed is the final sequence from The Conversation where Gene Hackman’s character Harry Caul tears apart his room searching for a ‘bug’ that he suspects has been covertly planted. The look of Caul’s apartment as he tears it apart mirrors the visual chaos of the Foley stage. This mirroring is also evident in the dual portraits of sonic espionage expert Caul and Foley artist Gregg Barbanell, for whom professionalism is marked by an invisibility of craft. And in the doubling produced by Hackman’s second appearance as a surveillance hack, twenty-four years later in Enemy of the State. END_OF_DOCUMENT_TOKEN_TO_BE_REPLACED