A young girl whose father is an ex-convict and whose mother is a junkie finds it difficult to conform and tries to find comfort in a quirky combination of Elvis and the punk scene. END_OF_DOCUMENT_TOKEN_TO_BE_REPLACED

Quote:
An artist (Foster) witnesses a Mafia hit and calls the police. At the police station she realizes that the Mafia has a man in the force, so she runs. Trailed by the police, who need her testimony, and a hitman (Hopper) hired by the Mafia, she goes to Mexico, where eventually she meets the hitman, who has become infatuated after studying her art and life to prepare for the hit. END_OF_DOCUMENT_TOKEN_TO_BE_REPLACED

Quote:
A confident young cop is shown the ropes by a veteran partner in the dangerous gang-controlled barrios of L.A. about to explode in violence in this look at the gang culture enforced by the colors that members wear. END_OF_DOCUMENT_TOKEN_TO_BE_REPLACED 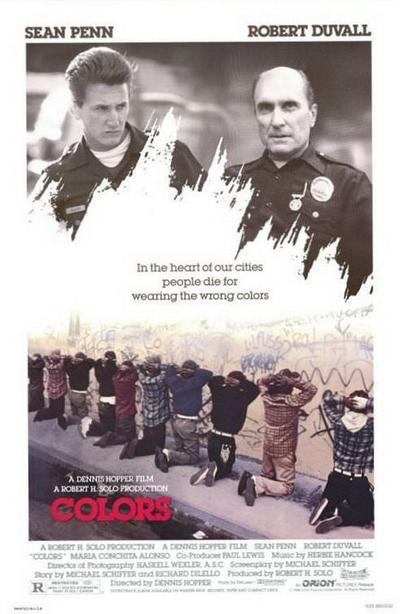 Colors is a 1988 American police procedural crime film starring Sean Penn and Robert Duvall, and directed by Dennis Hopper. The story takes place in South Central, North West and East Los Angeles, and centers on Bob Hodges (Duvall), an experienced Los Angeles Police Department CRASH Police Officer III, and his rookie partner, Danny McGavin (Penn) who try to mitigate the gang violence between the Bloods, the Crips, and the Hispanic street gangs. Colors relaunched Hopper as a director 18 years after Easy Rider and inspired discussion over its depiction of gang life and gang violence. END_OF_DOCUMENT_TOKEN_TO_BE_REPLACED 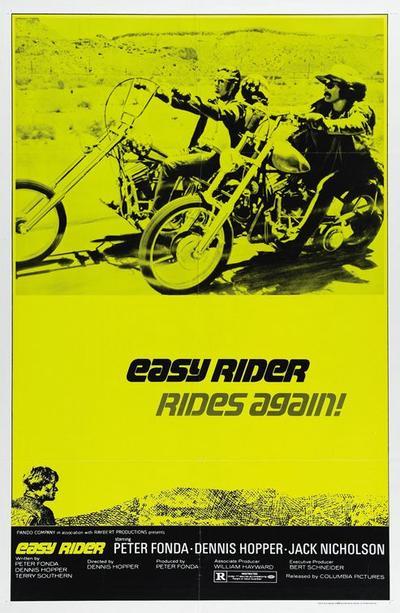 Peter Fonda and Dennis Hopper play Captain America and Billy, journeying cross-country on their motorcycles, using a drug deal in Los Angeles to finance a trip to Mardi Gras. The drug is cocaine (sold to a dealer played by rock producer Phil Spector), but their drug of choice is marijuana. Billy gets the giggles around the campfire at night. Captain America, who could handle it better, is cool, quiet, remote, a Christ figure who flies the American flag on his gas tank, his helmet and the back of his leather jacket.” END_OF_DOCUMENT_TOKEN_TO_BE_REPLACED 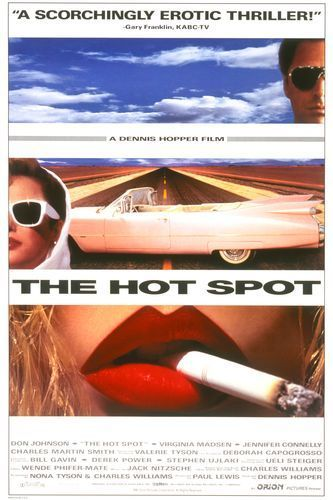 A loner (Johnson) drives into a small Texas town and gets himself a job at a used car dealership. He gets an idea for robbing a small local bank after he tries to open a new bank account at the same time a fire occurs nearby. The bank was left open while all of the employees went to fight the fire. The manipulative boss’ wife (Madsen) wishes to use him for her own purposes: “I always get what I want, Harry”. He resists, however, as he finds himself falling in love with the accountant (Connelly) at work, who has her own problem to work out. END_OF_DOCUMENT_TOKEN_TO_BE_REPLACED