Synopsis by Sandra Brennan
This youthful drama centers on a group of teens struggling to become adults without losing their youthful aspirations. It begins as Caron leaves the pressure of her home life for Venice in hopes of finding spontaneity and fun. She is followed by her boyfriend Lebas and his friend Cluzet. Lebas hopes that he will convince her to go home. Trouble begins after his car and her stuff are stolen in Italy. When they learn that workers and students have been rioting in Paris, they quickly return, eager to join the fray. END_OF_DOCUMENT_TOKEN_TO_BE_REPLACED

Quote:
An American film-star and an unknown British actress meet on set in Rome. She is angry when he refuses to speak to her journalist father, but later they have a passionate relationship. Written by Michael Crew

Quote:
This film examines relationships at all levels, mother/daughter, father/daughter, man/wife, lovers, friends. (Jane Steiner) has learned through her mother (Julia) how to go after what you want in life, to ‘live’. (Michael) is the best friend who honors friendship at any price. Living in three worlds: Imaginary, Family Man, and Desire, (Steve Elliot) doesn’t seem to know which one he really belongs to. Self examination and Discovery are for the taking with each character. Written by D.B.Steinsheim END_OF_DOCUMENT_TOKEN_TO_BE_REPLACED 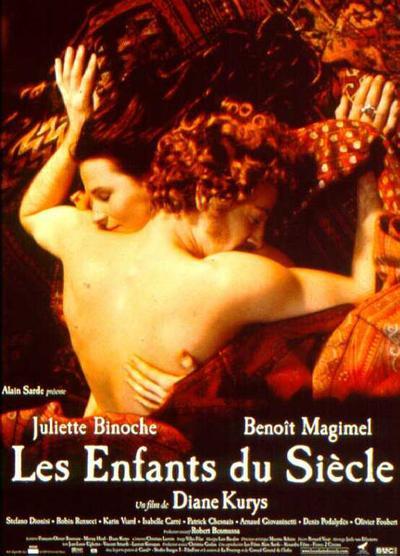 Plot summary from IMDB:
The only thing more outrageous than French novelist George Sand’s torrid love affair with the decadent author Alfred de Musset and her affinity for wearing men’s clothing, was the content of her writing. Though Sand (otherwise known as the Baroness Dudevant) smoked cigars and cross-dressed, it was the boldness of her writing on issues such as the abstinence of marriage and women’s frigidity that most contributed to the scandalous reputation she earned in French literary circles. When she met Alfred de Musset, the most gifted poet of his generation, the two quickly became a public cause celebrity while their work would go on to become some of the finest examples of 19th century romanticism. END_OF_DOCUMENT_TOKEN_TO_BE_REPLACED In the fall of 1963, Anne is becoming a teenager. She lives in Paris with her mother and her older sister, Frédérique. They’re just back from summer at the beach with their father. School starts. For Frédérique it’s the year of her first serious love, her first foray into politics (the Algerian question and “ban the bomb”), her first kiss from an older man, her first friend who runs away, and her first loss of friendship over values. For Anne, who watches her sister closely, it’s a year of her first period and of learning to talk to boys, dealing with unfair teachers, and sorting things out with mom after getting in trouble. END_OF_DOCUMENT_TOKEN_TO_BE_REPLACED