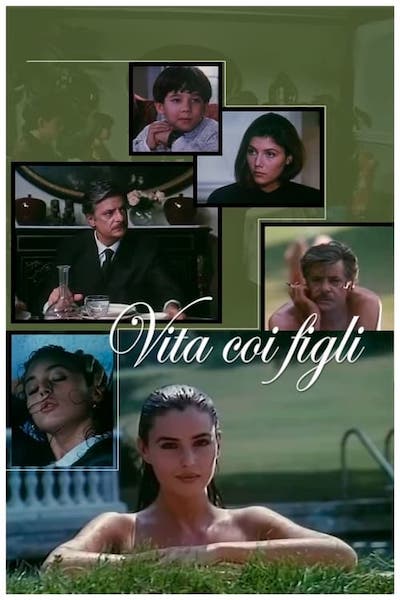 Vita coi figli is a 1990 Italian television film directed by Dino Risi. It marks the screen debut of Monica Bellucci.
The story of one man dealing with an unexpected series of events, discovering his youth once again in the relationship with a much younger woman and finally coming to grips with his age, and the fact that he hasn’t been there for his family like he should have. END_OF_DOCUMENT_TOKEN_TO_BE_REPLACED 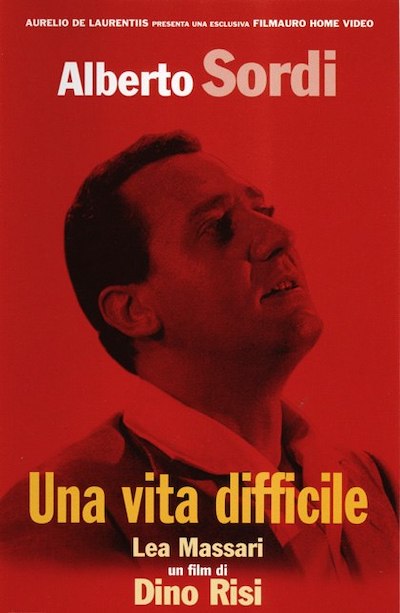 Synopsis:
In this slow-starting but effective drama, comedian Alberto Sordi changes hats to play Silvio Magnozzi, a man so dedicated to his high moral standards that he loses out on most of the things he wants in life -including his wife. He watches while others march up the ladder of success way ahead of him, sometimes by hypocritically licking the boots of their superiors or doing just anything at all to attain advancement. After his death grip on his principles causes his wife to walk out, Silvio relents and starts to live like others. Now he is supposedly happily residing on Easy Street, his wife is back — and so what is bugging him?
~ Eleanor Mannikka END_OF_DOCUMENT_TOKEN_TO_BE_REPLACED

Raffaele, a Neapolitan student, get the news that his beloved grandmother Sabella is dying. He immediately goes to Pollena to be beside her.
Based on the novel of the same name written by Pasquale Festa Campanile. The film won the Golden Shell at the San Sebastián International Film Festival. It was followed by La nipote Sabella. END_OF_DOCUMENT_TOKEN_TO_BE_REPLACED

When Teresa’s husband dies she only inherits debts. In order to pay them she must assume her husband’s place as a truck driver.
She will have to avoid the moves fellow male drivers make on her, for she is still a very attractive woman. While working, she begins a steamy love affair with an experienced driver that helped her with her new job. But the debts are too big and the truck owner demands her to marry him to settle them. Things will settle at the altar, but not in the expected way! END_OF_DOCUMENT_TOKEN_TO_BE_REPLACED

20 years after the monumental “I mostri” which was a great example of Italian sketch comedy, 3 of the greatest Italian directors ever (Risi, Monicelli, Scola), the best Italian writers ever (Age, Scarpelli), the best Italian actors ever (Tognazzi, Gassmann, Sordi) and one of the most beautiful woman in the world (Ornella Muti) participate to this great tribute. The last sketch (a funeral) is symbolic : the death of the Italian comedy, which made Italy the second country in the world for cinematographic productions during 50’s and 60’s. END_OF_DOCUMENT_TOKEN_TO_BE_REPLACED

Synopsis:
Gerardo, an aspiring actor, trying unsuccessfully to cross over from comedy to tragedy, is involved, due to his ability to mimic dialects of Italy, in a scam concocted by Lallo against a rich cloth-merchant. END_OF_DOCUMENT_TOKEN_TO_BE_REPLACED

This two hour film contains no less than twenty different vignettes. Traffic jams, a father passing on to his son the deceitful ways to survive everyday life, punch drunk ex-fighters, exploitation of a blind man are among the many stories. Vittorio Gassmann and Ugo Tognazzi lead the cast of actors in this film directed by Dino Risi.
from Allmovie END_OF_DOCUMENT_TOKEN_TO_BE_REPLACED