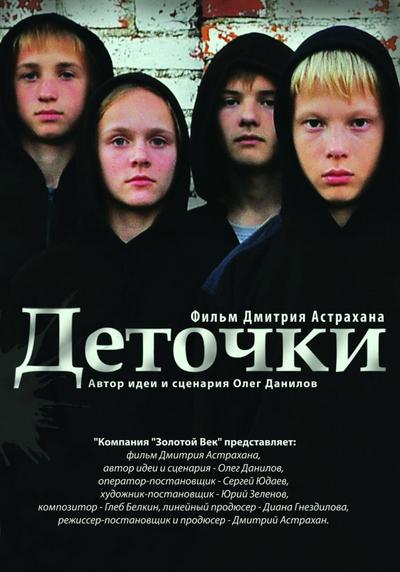 The new film “Detochki” (Kids) opens at the gate of the Dandelion Children’s Home in an unknown provincial town. Inside, the town’s rich and powerful are bedding (or getting ready to bed) the home’s very young charges when a knife flies into one of their throats. Soon, seven pedophiles have been stabbed to death by a group of kids from a local children’s home.

With that shocking start, “Detochki” grabs the viewer and doesn’t let go, as the murderous children, dressed in black hoodies with knives hidden up their sleeves, face up against the city’s corrupt and heinous citizens and, the viewer knows, Russia’s too.

The film, directed by Dmitry Astrakhan, has sparked huge controversy since it opened Apr. 3, even though it’s only showing at a few cinemas in Moscow. Some critics say it’s dangerous and advocates vigilante justice. END_OF_DOCUMENT_TOKEN_TO_BE_REPLACED