The group of people gather at the house in Copenhagen suburb to break all the limitations and to bring out the “inner idiot” in themselves. END_OF_DOCUMENT_TOKEN_TO_BE_REPLACED 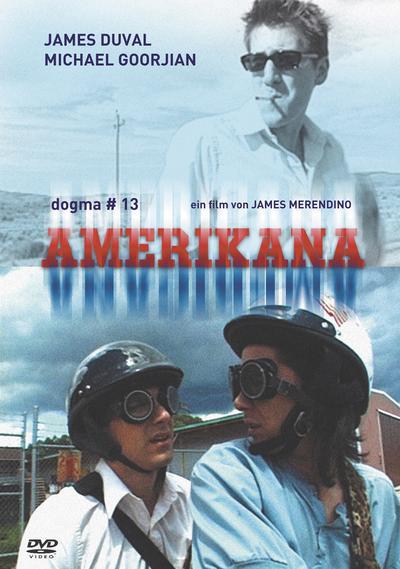 Quote:
A road-movie about two friends, Peter and Chris, in their late 20′s, one incredibly idealistic and optimistic; the other cynically nihilistic and negative. They pick up a Vespa in South Dakota and travel with it to Los Angeles. As they travel through the northwest to the southwest, they see their country through different eyes. Chris has high expectations and romantic notions of America. Peter sees the emptiness of America with lost ideals and lost people. While they do not discover the identity of America on their road trip, they ultimately find themselves… END_OF_DOCUMENT_TOKEN_TO_BE_REPLACED

In a city suburb, a young minister arrives to take up duties at a local church. He is persuaded by his assistant to join an Italian night school class, and he soon becomes the centre of a group of people to whom fate has dealt quite serious blows. END_OF_DOCUMENT_TOKEN_TO_BE_REPLACED

Quote:
Rarely is a making-of doc so perfectly matched in tone or storyline as the subject of its gaze, but The Idiots and The Humiliated are furiously intertwined, in a mindgame kind of way that seems quite — Von Trier-ian? Filmmaker Jesper Jargil accepted an assistant director post on The Idiots under the condition that he be allowed to make his own film about the film, and the result is as personal and scarring as Von Trier’s masterwork. Using the same DV cameras as Von Trier was using, Jargil covers the actors and director living in the same communal space (much as the film’s characters do), and as Lars pushes his actors to the brink of emotional endurance, he himself goes bonkers in a paranoid, hypochondriachal fit — and the viewer is left feeling as if the whole production is the brainchild of a semi-mad cult leader intent on instantly capturing on tape every neurosis he wishes to purge in the real world. Unprecedented and ultra-rare, The Humiliated is an intimate meta thrill ride. END_OF_DOCUMENT_TOKEN_TO_BE_REPLACED

“Idioterne is the cinematic equivalent of a knife in your gut. The Idiots is altogether a complex, maddening, devastating, kaleidoscopic one-of-a-kind viewing experience.” END_OF_DOCUMENT_TOKEN_TO_BE_REPLACED

from imdb:
For starters the audience must be aware of the fact that this is a film that is part of the DOGME 95 Movement, described as follows: ‘the goal of the Dogme collective is to purify film-making by refusing expensive and spectacular special effects, post-production modifications and other gimmicks. The emphasis on purity forces the filmmakers to focus on the actual story and on the actors’ performances. The audience may also be more engaged as they do not have overproduction to alienate them from the narrative, themes, and mood’ – superficial action such as murders, no special lighting and must be in color, film must be shot on location with hand held cameras, director must not be credited, etc. Given these restrictions the story and the action of DIAS DE BODA (‘WEDDING DAYS’) seem much more immediate and the lapses in fluidity of the story can be forgiven – to a point. END_OF_DOCUMENT_TOKEN_TO_BE_REPLACED

REVIEW by Anji Milanovic (from plume-noire.com):
In Old, New, Borrowed and Blue director Natasha Arthy begins the film with a signed certificate of authenticity from the Dogma school. By the film’s end, however, it’s clear that she has taken the rules of Dogma and used them to make her own engaging film, instead of an exercise in philosophical experimentation. END_OF_DOCUMENT_TOKEN_TO_BE_REPLACED