Broadcast on BBC2 Arena, 13 March 1987. Contains interview footage with Tarkovsky as he discusses each of his seven major films. He also talks about his world-view and
his philosophy of filmmaking. The film also includes footage of a Tarkovsky lecture to
young film students in which he expresses his thoughts on modern cinema. END_OF_DOCUMENT_TOKEN_TO_BE_REPLACED 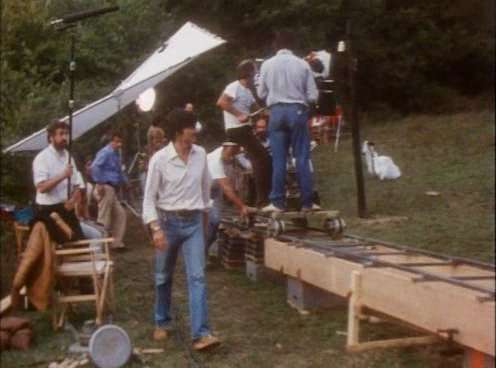 Donatella Baglivo’s documentary during filming of Nostalghia.
Shot on the film’s set, gives a fascinating insight into the making of Nostalghia and includes interviews with Tarkovsky, the cast and crew. END_OF_DOCUMENT_TOKEN_TO_BE_REPLACED