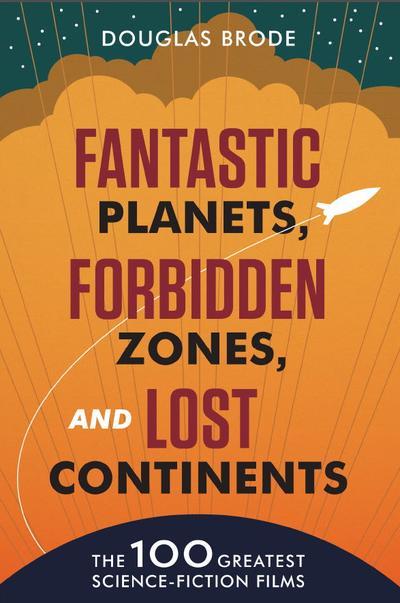 Whether you judge by box office receipts, industry awards, or critical accolades, science fiction films are the most popular movies now being produced and distributed around the world. Nor is this phenomenon new. Sci-fi filmmakers and audiences have been exploring fantastic planets, forbidden zones, and lost continents ever since George Méliès’ 1902 film A Trip to the Moon. In this highly entertaining and knowledgeable book, film historian and pop culture expert Douglas Brode picks the one hundred greatest sci-fi films of all time. Brode’s list ranges from today’s blockbusters to forgotten gems, with surprises for even the most informed fans and scholars. He presents the movies in chronological order, which effectively makes this book a concise history of the sci-fi film genre. A striking (and in many cases rare) photograph accompanies each entry, for which Brode provides a numerical rating, key credits and cast members, brief plot summary, background on the film’s creation, elements of the moviemaking process, analysis of the major theme(s), and trivia. He also includes fun outtakes, including his top ten lists of Fifties sci-fi movies, cult sci-fi, least necessary movie remakes, and “so bad they’re great” classics—as well as the ten worst sci-fi movies (“those highly ambitious films that promised much and delivered nil”). So climb aboard spaceship Brode and journey to strange new worlds from Metropolis (1927) to Guardians of the Galaxy (2014). END_OF_DOCUMENT_TOKEN_TO_BE_REPLACED