A newly wedded couple attempts to build a house with a prefabricated kit, unaware that a rival sabotaged the kit’s component numbering. END_OF_DOCUMENT_TOKEN_TO_BE_REPLACED

One of 1941’s trio of great satires about filmmaking in Hollywood (along with Sullivan’s Travels and Hellzapoppin’) and probably the craziest of the lot. W. C. Fields wrote the story himself (under the pseudonym Otis Criblecoblis) and the film, which is coincidentally about W. C. Fields peddling a script he wrote himself to a frustrated studio boss (Franklin Pangborn), is probably the purest expression of his comic sensibility, starting with the iconic title. END_OF_DOCUMENT_TOKEN_TO_BE_REPLACED

Storyline
The widow Wilson and her daughter Mary have just learned that old Mr. Middleton, who held the mortgage on their home, has passed away. They are now visited by Middleton’s lawyer, Cribbs, who informs them that Middleton’s son and heir Edward plans to foreclose and take possession of their home. When Mary goes to plead with Edward, she soon discovers that it is really the unscrupulous Cribbs who wants to drive them out of their home. When Mary and Edward become engaged to be married, it looks as if all is well. But the calculating Cribbs has a new plan, which begins with luring young Edward into a lifestyle of drinking and dissipation END_OF_DOCUMENT_TOKEN_TO_BE_REPLACED

Two fast-talking insurance salesmen meet Mary, who is running away from her wealthy mother, and they agree to help her run a hotel that she owns. When they find out that the hotel is run down and nearly abandoned,they launch a phony PR campaign that presents the hotel as a resort favored by the rich. Their advertising succeeds too well, and many complications soon arise. END_OF_DOCUMENT_TOKEN_TO_BE_REPLACED

Plot:
THE LUCILLE BALL RKO COMEDY COLLECTION VOL. 1
Long before she was crowned the queen of TV, Lucille Ball reigned as the “Queen of the Bs” for RKO Pictures, appearing in over 43 films in under a decade. Although she had yet to find her niche, Lucy’s prodigious talents, grace and charm as a performer found her much in demand across a wide variety of movies. This collection brings together three rarely seen cinematic treasures from Lucy’s RKO days, giving modern audiences a chance to witness a star on the rise. 3 Films on 2 DVDs. END_OF_DOCUMENT_TOKEN_TO_BE_REPLACED 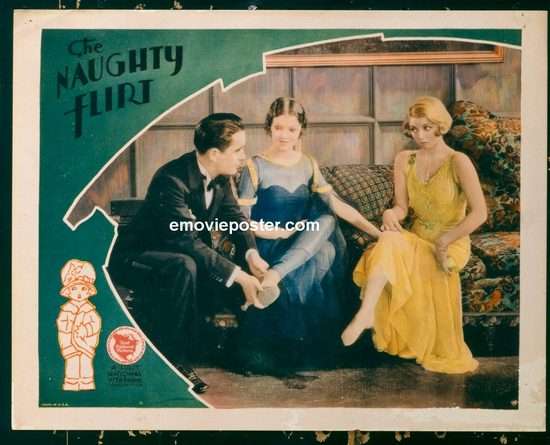 Coquettish socialite Kay Elliott has set her cap for Alan Ward, an associate in her father’s law firm. But while pursuing Alan, she must fend off the advances of a greedy fortune-hunter, who is aided and abetted by his equally voracious sister. END_OF_DOCUMENT_TOKEN_TO_BE_REPLACED